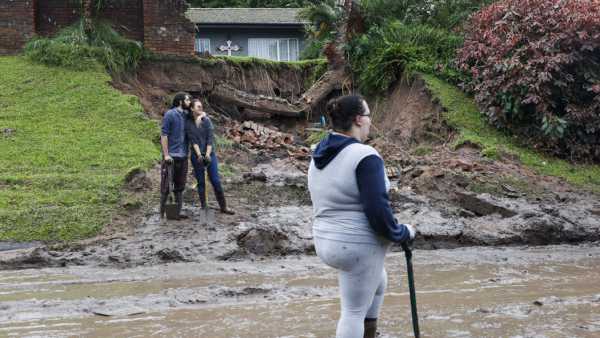 At least five people have been killed in floods and mudslides across South Africa’s port city of Durban following heavy rains in recent days, authorities said on Tuesday.

Days of rains have flooded several areas and shut dozens of roads across the city, which is popular for its idyllic beaches.

“Five deaths have been reported so far (but) we are still busy gathering information from the emergency services,” Lungi Mtshali, spokesman for the Cooperative Governance ministry, told AFP.

The risk management department in the southeastern province of KwaZulu-Natal, of which Durban is the largest city, urged people to stay at home and ordered those residing in low-lying areas to move to higher ground.

Rescue operations are underway to evacuate people in areas that have “experienced mudslides, flooding and structural collapses of buildings and roads”, the department said.

Local media are reporting between 11 and 20 people dead but these figures have not yet been confirmed.