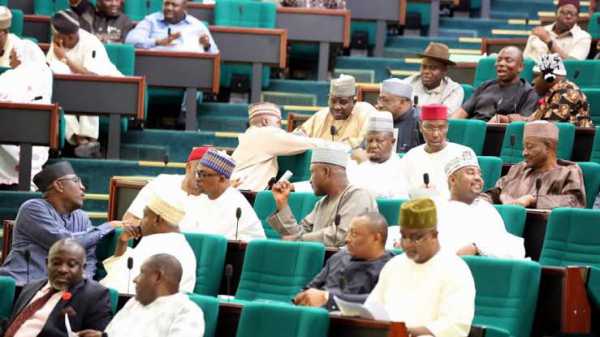 House of Representatives  says the security agencies can’t be exonerated from banditry ravaging northern parts of the country.

The lower chamber made the assertion in the aftermath of the gruesome murder of 92 people in Plateau State on April 10.

The green chamber also said President Muhammadu Buhari should be held responsible for the incessant attacks.

Gagdi said that despite intelligence reports by the State Security Service on the influx of terrorists fleeing into Plateau, nothing was done to prevent the terror attacks.

“The security agencies have reliable information at their disposal of the various camps of these terrorists at Kambari forest in Taraba state,” he said.

In his contribution, Deputy Speaker of the House, Ahmed Wase, alleged that “a security personnel who was supposed to be on duty in Zamfara got a pass and stayed in Plateau for six months supplying uniforms to bandits.”

Mr Wase added that in this case, “I do not know what anybody can do not to hold the security agencies responsible.”

Bamidele Salam (PDP-Osun), in his contribution, said, “We have come to a situation where people are being killed, and no one is held accountable. Things have turned upside down in the last decade.”

“Is it that they feel that some people behind it cannot be touched or are too powerful; it appears that there is an absence of government,” he said.

Fatuhu Muhammed (APC-Katsina) said that the president as the chief security officer should be held responsible for the insecurity in the country.

“The security agencies come here, present their budget and we allow it to pass, there is no oversight function to unravel the truth.

“Everybody is important in this battle, though the President should be held responsible,” he said.

In his contribution, Bello Kumo (APC-Gombe) called on the president to immediately remove the Minister of Defence and the National Security Adviser, saying that it was needless keeping them giving the glaring failure.

The House, therefore, called for the establishment of a military base and the deployment of troops to the affected areas.

The House also demanded the immediate sack of the National Security Adviser (NSA) and the Minister of Defence, including the indictment of the security agencies, accusing them of culpability in the Plateau killings.