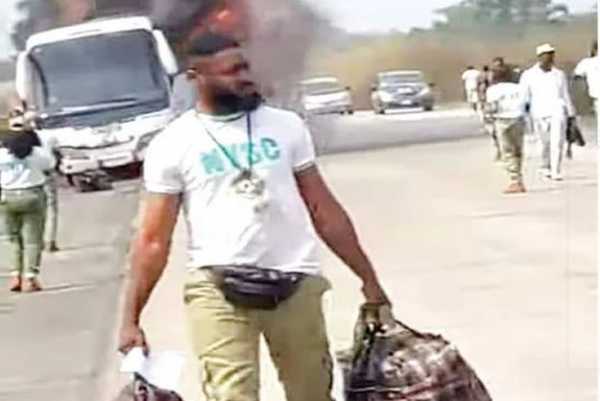 Over thirty Corp members serving in Delta state escaped being burnt to death in a fire outbreak that happened in a fuel station on Thursday, April 28th.

According to reports, the corpers who served in Warri were on their way to Asaba for their passing-out-parade (POP) when the coaster bus they boarded stopped by the gas station to get fuel.

While waiting to get fuel, the bus exploded and fire erupted from under the bus.

The students who were locked in the bus scampered for safety.

Three men who witnessed the incident quickly came to the rescue of the student.

Many of the corps members sustained serious injuries during the chaos. Thankfully no life was lost in the incident.