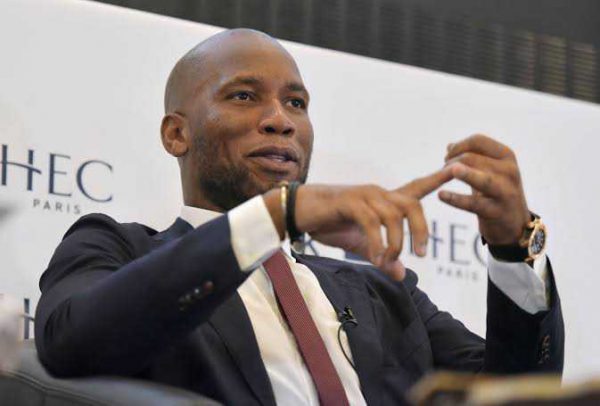 Former Chelsea striker, Didier Drogba, has lost out in the first round of poll to elect president of the Ivorian Football Federation.

The Chelsea legend failed to gain the required votes in the first round of the election held on Saturday evening.

Drogba finished with 21 votes behind Diabate with 50 votes and Idriss Diallo with 59 votes.

The top two candidates, Diabate and Idriss Diallo, will proceed to the second round of voting that will produce the President of the Ivorian FA.

Drogba, who was recently inducted into the Premier League Hall of Fame, had declared his ambition at a large gathering at the FIF headquarters in Abidjan, the country’s commercial capital, on August 1, 2020.

His bid to become the FIF President was not without ruckus and impediment as there was doubt he could meet the eligibility requirements after the Ivory Coast Footballers Association failed to endorse him.

The AFI’s failure to endorse Drogba, despite his popularity, infuriated the African bloc of the International Federation of Professional Footballers which led to their suspension from the body.

Drogba featured for Cote d’Ivoire 105 times between 2002 and 2014 and is the country’s highest goalscorer with 65 goals. He has also made the third-highest international appearances for The Elephants behind Didier Zokora and Kolo Toure with 123 and 120 appearances respectively.