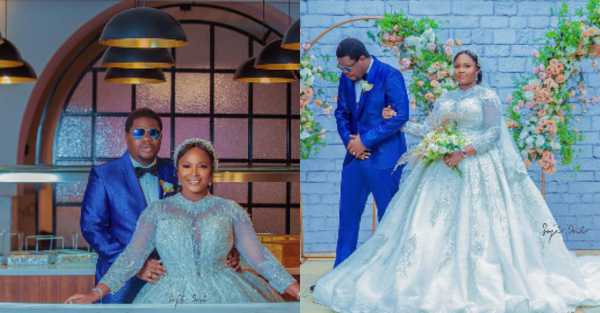 The first photos of Mr Macroni and his wife, fellow skit maker Mummy Wa is out.

The pictures were shared on Twitter by Mr Macaroni and titled “Beautiful Wedding Pictures”.

The development comes barely one month after the comedian revealed that he has no plan of getting married soon because he’s scared of marriage and barely 24 hours after they had their traditional wedding/ dowry payment in Lagos.

The couple had the traditional wedding and dowry payment yesterday at the Intercontinental hotel Ikeja.

See the photos below; 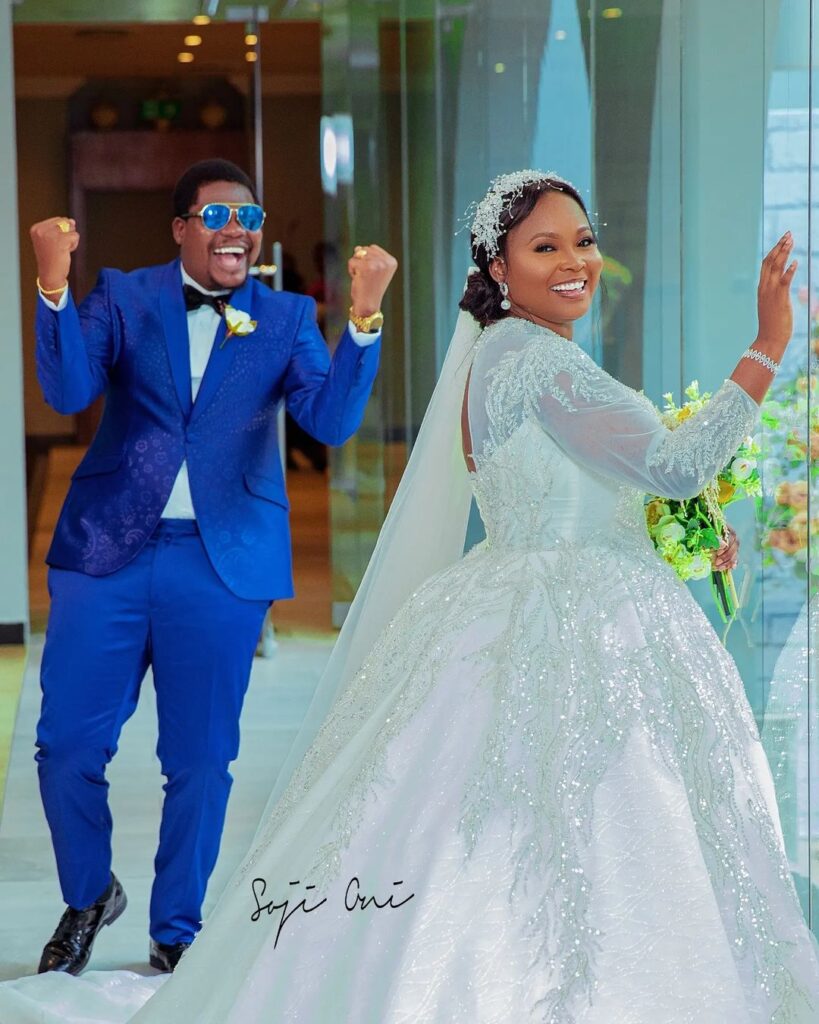