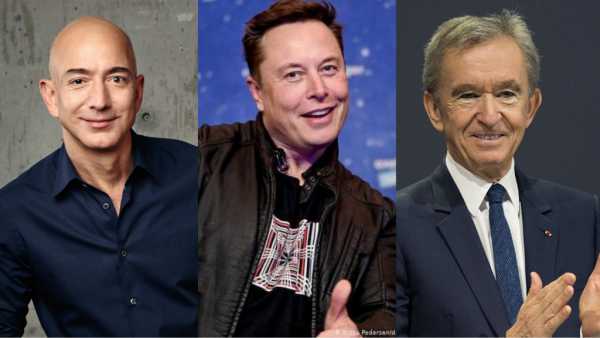 Below is the top 10 most richest men in the world and their respective net worth according to Forbes.

Seven of the top 10 billionaires made their fortunes in technology, with Arnault, Berkshire Hathaway’s Warren Buffett, and Adani Group founder Gautam Adani.

It’s surprising that NOT a single African Politician made it to the list. This got tongues wagging in Africa.

Read what a concerned African write after seeing the news.

“After stealing money in the name of development still didn’t produce Billions in dollars. What exactly is the point then?”

“Robbing your people for several years did not give you Billion of dollars, what sort of senseless leaders are these then? It is now clear that it doesn’t work and ignorant people are just wasting the money and resources of the people and country all in the name of President, MP, Minister, Senator etc”