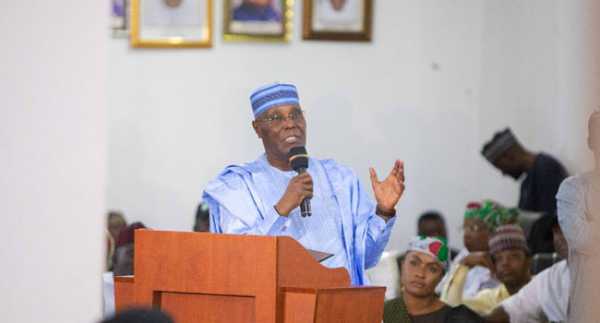 Addressing the PDP NWC in Abuja, the former vice president said he is the best candidate to win the 2023 presidential election for the party.

“Under normal circumstances, this is a guy who already has 11 million votes in his space, and I think as a party, you should give me the right of first refusal.

“In fact, we are in a democracy. All I urge you is to make sure that the way you have started, you should also conclude that way by being very fair, very credible, give every contestant the opportunity to face the election.”

In his remarks, the PDP National Chairman, Iyorchia Ayu, said the party would provide a level playing ground for all aspirants.

“All the delegates drawn across the 36 states of the federation, plus Abuja; we will ultimately gather in Abuja and select one of you,” he told Atiku who is seeking to fly the party’s flag again as its presidential candidate.

The former vice president declared his intention to run for president last month. He was the PDP presidential candidate in the 2019 general elections.

Whether the main opposition party will give him the ticket for a second time or not is a fate that Atiku and other co-aspirants will know after the PDP primary scheduled for May 28.