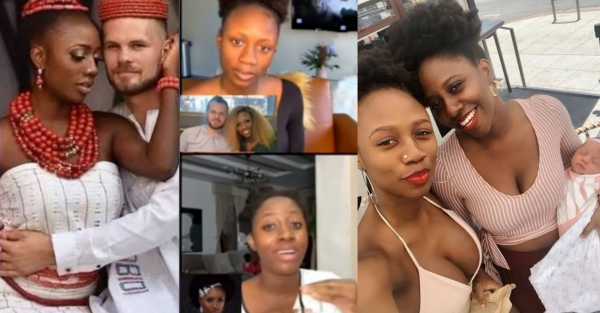 Korra Obidi, a Nigerian dancer and singer, claims that her ex-husband, Justin Dean, nearly drained her dry when she started earning well.

During a Facebook Live conversation with her sister, Nancy Umeh, the mother of two, who recently divorced, stated this.

In the video, Korra described how her husband began to ‘milk’ her immediately she began to monetize her videos on social media.

According to her, when the money started rolling in, her husband claimed ownership of it, because he sees her as his property, therefore her ‘money is their property as well’.

In other news; Okuneye Idris Olanrewaju, also known as Bobrisky, a Nigerian crossdresser, has chastised some men for worrying about the growing rate of hookup girls on social media.

Bobrisky remarked in a video that most men use relationships to cage some girls in order to have free sexual intercourse with them.