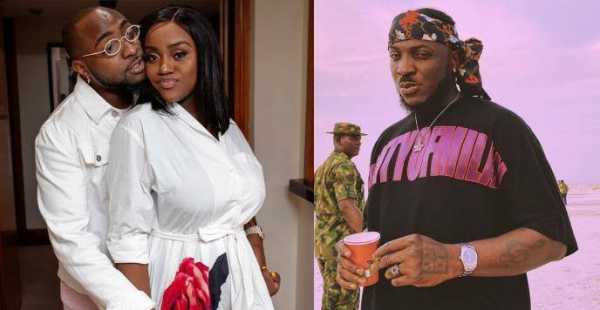 Nigerian superstar singer, David Adeleke aka Davido has cleared the air on his relationship status.

Peruzzi who got signed to Davido Music Worldwide (DMW) in November 2017, took to his official Instagram account a few hours ago to share a message in which he revealed that all of his pals are unmarried, which has become a source of concern for him.

Reacting, David slid into the comment section to openly state that he is currently in a relationship and has left the single men’s club. 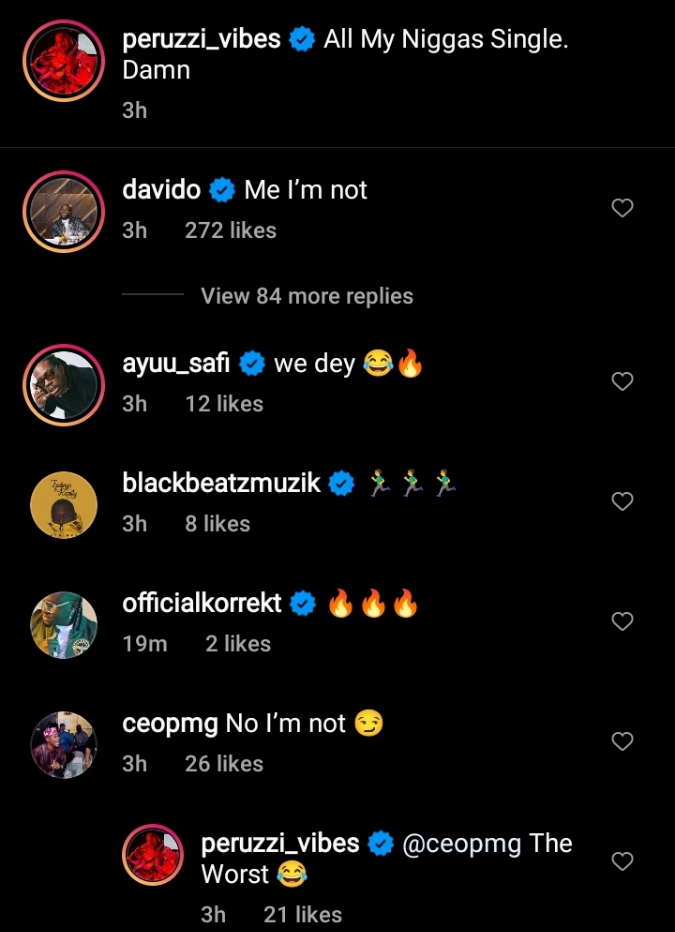 It should be recalled that Davido’s alleged side chick, Vanessa had hinted at a possible reconciliation between them after she took to her Instagram story to share a video of Davido on a boat cruise in bid to insinuate the both of them are having the time of their lives.

Also, Since Davido’s break up with Babymama, Chioma Rowland, in early January, 2021, the duo started sparking reconciliation rumours when they attended a family event together.