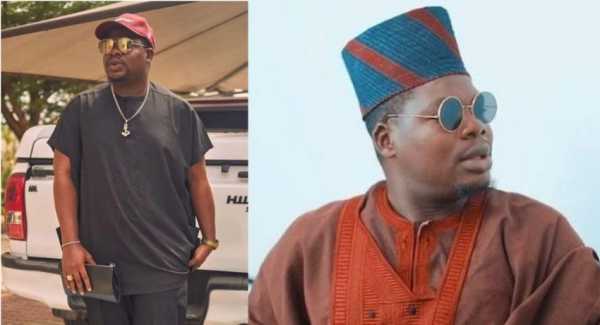 This comes amidst the scheduled protest at the Lekki Toll Gate today if it re-opens for operations as directed by the Lagos Governor Babajide Sanwo-Olu.

In a post shared on the microblogging platform Twitter, the man identified as Tiamiyu Lawal opined that Mr Macaroni would end his life untimely because of his foolishness.

While questioning Mr Macaroni’s business with the Lekki Toll Gate, Tiamiyu Lawal vowed to kill Mr Macaroni if seen at the Toll Gate for protest today.

According to Mr Macaroni, Tiamiyu Lawal’s threat is one of many threats he receives regularly and he called on the Nigerian Police and Lagos State Government to take action. See post below: 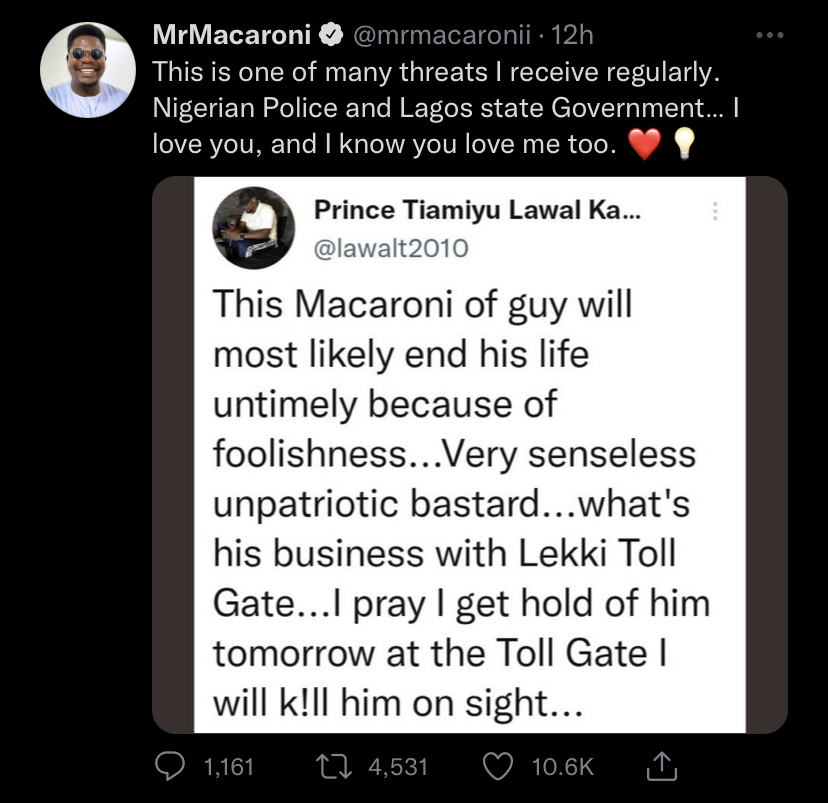 Recall, a few hours earlier, Mr Macaroni shut down a troll who berated him for leading the Lekki toll gate reopening protest.