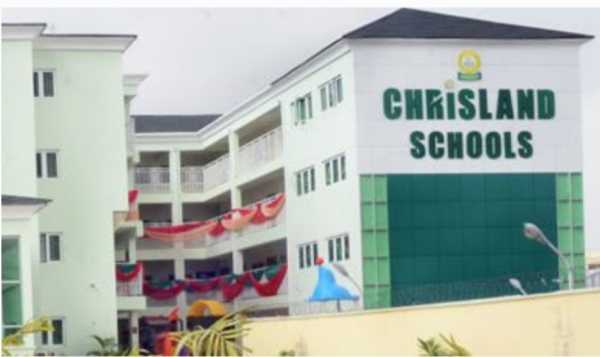 The management of Chrisland School has reacted on the minors’ sex tape scandal involving its students in Dubai, United Arab Emirates.

Recall that a woman had earlier claimed that her 10-year-old daughter was suspended after being raped during a trip to Dubai which was organised by the Lagos school.

Pupils from the private school located in Victoria Garden City were in the UAE to participate in the World School Games between March 10 and 13, 2022.

But in the now-viral video, the pupil’s mother claimed that graphic footage of the incident has been shared on social media platforms.

Subsequently, the Lagos state government ordered that all branches of the school be shut down, while warning the general public against circulating the minors’ footage.

The school had earlier also said it would issue an official statement on the issue very soon.

Reacting to the scandal,  Akin Fadeyi, member of Chrisland advisory board, said the school took utmost precautions in ensuring that the pupils did not get involved in any form of immoral act.

In a statement issued by Fadeyi, the school said no rape or pregnancy test was conducted on any of the pupils as widely asserted.

The statement also countered that there was no rape involved in the infamous sex scandal.

“We are proud to reassure our stakeholders that no rape of anyone or the administration of a pregnancy test on any child took place on our watch,” he said.

“For emphasis, only a COVID post travel test was conducted on the returning delegation of our students, in compliance with COVID-19 travel protocols, at the Life Centre Medical Services on March 21, 2022 at School Hall, Opebi.

“This was through the nose swab test as consistent with COVID-19 health protocols. We trust that this can be verified at the source provided. To insinuate that a pregnancy test was carried out on a student, for whatever reason therefore, is a highly unfortunate conjecture.”

Fadeyi said 76 students had been enlisted for the Dubai trip, while 71 of that figure had abided by its code of conduct.

The board member also said male and female students had been kept seven floors apart in the hotel where they lodged in Dubai.

Fadeyi disclosed that disciplinary actions had been dealt against the remaining five students who flouted its pre-set rules.

“We took a critical view of the number of students who partook in this recent trip and who did the school proud in our quest to expand the horizons of our students holistically through global exposure,” the statement read.

“[This] takes into account a wholesome development of the mind, body, and spirit through sporting engagements.

Of the 76 children who represented Chrisland, 71 ensured an untainted adherence to our standards, abiding with laid down regulations and code of conduct, while doing us very proud in the process.

“Within these 71, we kept our girls on the 11th floor and Boys on the 4th floor to draw clear lines that respect moral boundaries.

“We were, however, compelled to engage with the parents of the remaining students who unfortunately got themselves involved in misconduct.

“In accordance with our code of conduct processes, which are well known to the parents, we meted out measured reprimands to them to instill a sense of discipline and as deterrence to others.

“This was also to caution our students on the need to remain on the path of resisting wrong influences.”

Fadeyi said efforts are in place to provide psychosocial support for all the students who embarked on the trip.

“We assure the public that our first approach as an institution was to assume parental roles by offering support to those involved and ensuring that nothing affected their senses of esteem,” he added.

“We cannot help but express how scandalised and distressed we feel as mothers, fathers, and instructors with a relationship that holds a direct bearing on the development of those involved.

“While we hasten to affirm that, as an institution that is managing children from diverse backgrounds, we cannot lay claim to, or embark on any sense of self-righteousness in our approach.

“But we learn and evolve within the frames of best practices every single day.

“We are committed to re-evaluating our processes to reinforce child protection protocols, even as we shall leave no stone unturned in ensuring that the senses of the esteem of the children involved are uncompromisingly preserved.

“We have activated child protection processes and shall be engaging the expertise of child psychologists to ensure we translate this incidence to benefit the children in our care.”