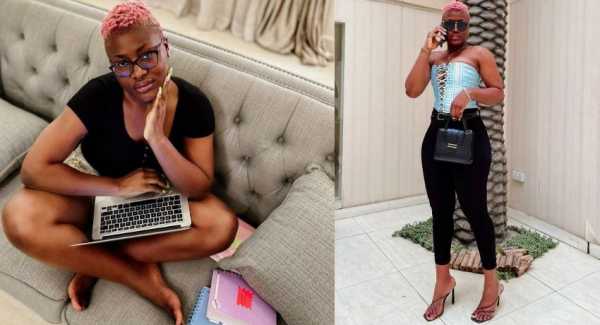 Former big brother Naija housemate, Alex Asogwa better known as Alex Unusual shocked many when she revealed that she was once proposed to.

In a lengthy post on her Instagram page, Alex revealed that she turned down the proposal and chose herself because the man physically assaulted her.

According to her, her ex would always beat her at the slightest provocation and would blame his behavior on his upbringings.

She recounted how she once posted a photo of herself wearing his shade, after he gave her a black eye and everyone was drooling and praying for her kind of life, unknowing that she was suffering in silence.

She added that his mother was in some way supporting his behavior as she would always caution Alex not to upset him. See her lengthy post below: 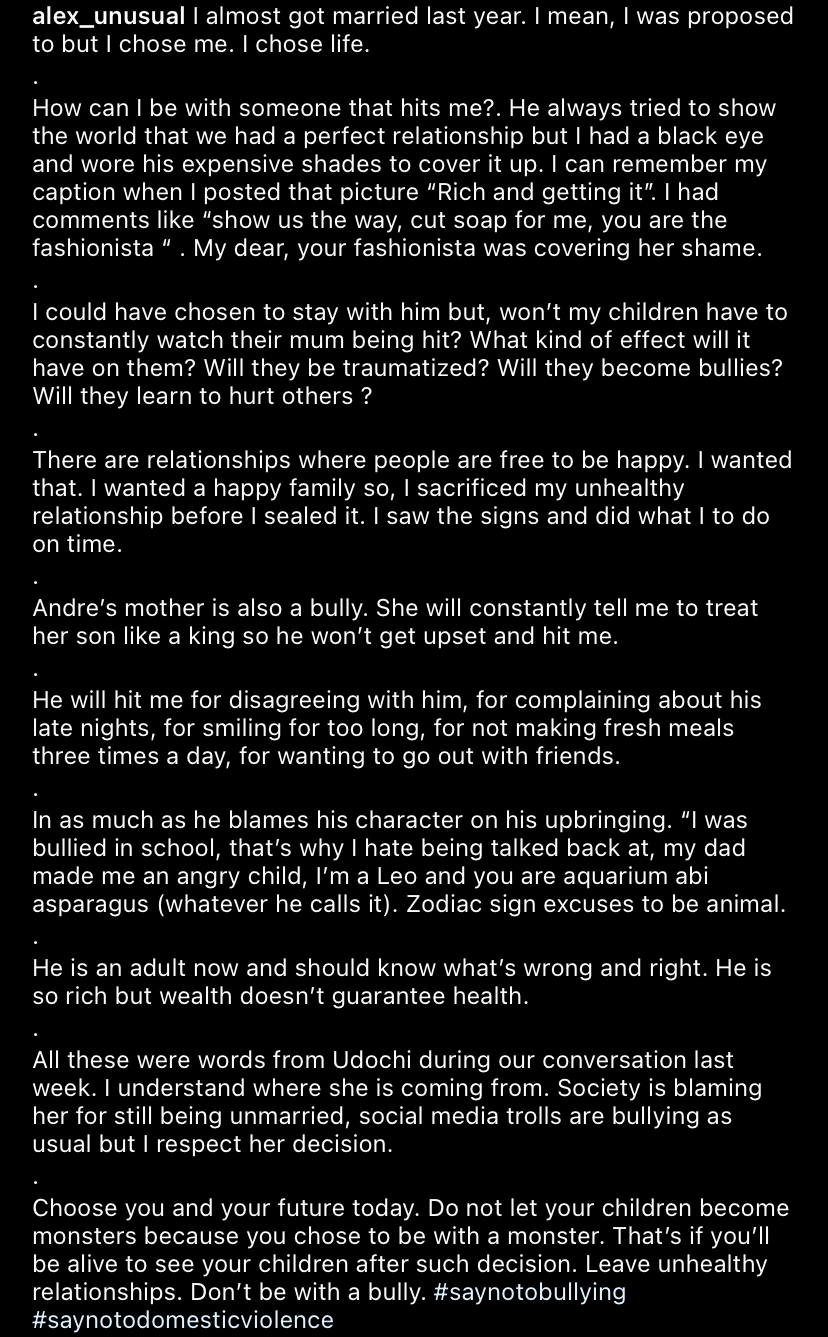