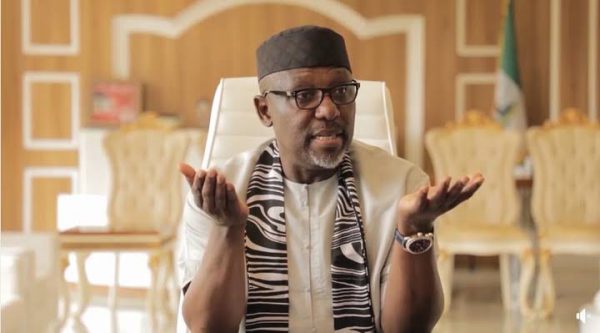 A presidential aspirant, Senator Rochas Okorocha, on Tuesday said he will create wealth for Nigerians if elected President of Nigeria.

Speaking during an interview on Channels Television’s Politics Today, the lawmaker representing Imo West senatorial district in the National Assembly, said the problem with Africa’s most populous country is the lack of wealth.

Rather than roll out a series of points, the ex-Imo State governor said his only agenda is to create wealth just as other advanced nations of the world have empowered their citizens.

“The budget of New York is over $100 billion in 2021 while the budget of Nigeria is only $29 billion, four times bigger than Nigeria. I am talking about New York, a city in America, and so also in Japan. What is the difference, they have created wealth,” he said.

“This wealth is here in this country which has not been created. So my agenda is to create wealth. When people come to tell you that per capita income, unemployment rate, death rate, insecurity, power has dropped, those are just classroom academic exercise.”

Okorocha also pledged to revive small-scale industries while utilising the nation’s resources for the well-being of all Nigerians.

The lawmaker also said it will be difficult for one to predict President Muhammadu Buhari’s preferred candidate as the President is unpredictable and is yet to endorse anyone to succeed him.

“If anybody comes out to say that Buhari has endorsed him, the person will not be telling the truth.”