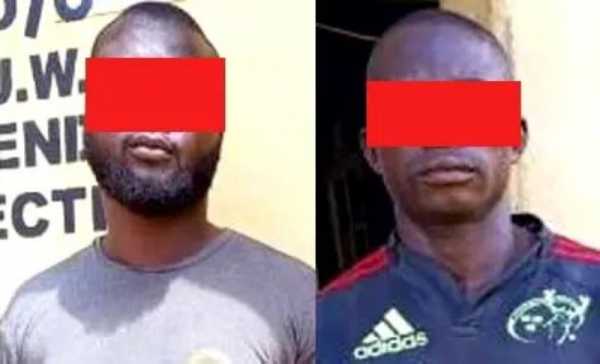 A 15-year-old student of Government Technical College, Ikorodu, Lagos (names withheld) has narrated how one of her teachers, Adefemi Adewunmi, allegedly raped her in a hotel and threatened to kill her if she told anyone.

According to Vanguard, the teenager was on her way to school in the Lowa community in Ikorodu on Monday, when her teacher who was driving in his car offered to give her a ride to school.

But he allegedly detoured and took her to an undisclosed hotel in Ikorodu where he allegedly forced his way into her.

The teenager was said to have opened up to her mother, who subsequently reported the case at the Ikorodu division, consequent upon which the Divisional Police Officer ordered for the arrest of the father of one.

According to the victim, she said: “I didn’t know where he was going until we reached the hotel in Ikorodu. He forced his way into me and said he would kill me if I tell anyone.”

The survivor was said to have been taken to Italewa Health Care centre for treatment.

In a similar development, a 38-year-old Uwenzi John, was arrested by the police for allegedly molesting his 14-year-old sister in-law, sexually, in his Ikorodu apartment.

The arrest of the father of three from Ebonyi State, followed a complaint lodged by his wife, Happiness, that her husband had been sleeping with her sister since November last year and February 2022.

The husband’s act was brought to light after the teenager who claimed she could no longer stand the sexual molestation from the Mechanical Technician, confided in her sister.