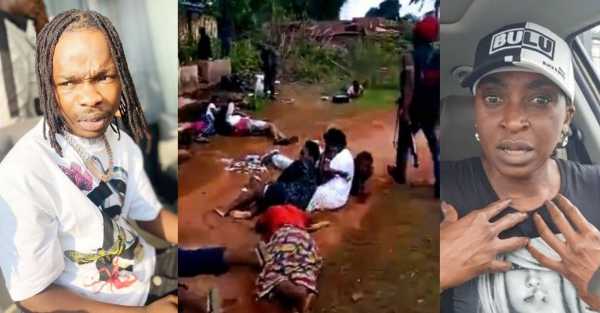 Nigerian Rapper Naira Marley and Actress Kate Henshaw have expressed anger over the killing of an official of the Independent National Electoral Commission (INEC), Anthony Nwokorie, by gunmen.

The gunmen had, on Thursday, attacked a polling unit where the Continuous Voter Registration Exercise was being held in Ihitte Uboma Local Government Area of Imo State, and destroyed materials being used for the exercise.

A video clip of the attack, which has now gone viral, showed the gunmen firing multiple gunshots at one of the people forced to lie down by the gunmen, believed to be the INEC official, Mr Nwokorie.

The commission has confirmed the death of the official and consequently suspended the exercise in the area.

During the attack as seen in the video clip, the gunmen mocked the officials and other people at the registration centre for conducting the exercise in preparation for elections while they (gunmen) were fighting to get their freedom from Nigeria.

Reacting, Kate Henshaw said the group cannot claim to be liberating anyone by attacking and killing INEC officials who are simply doing their jobs. 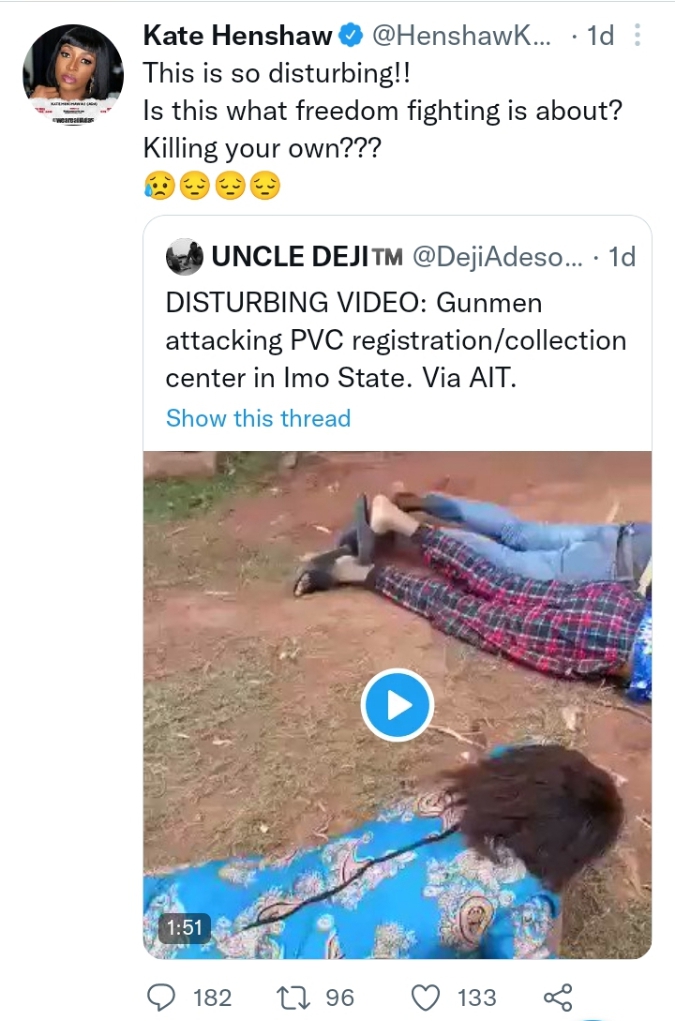 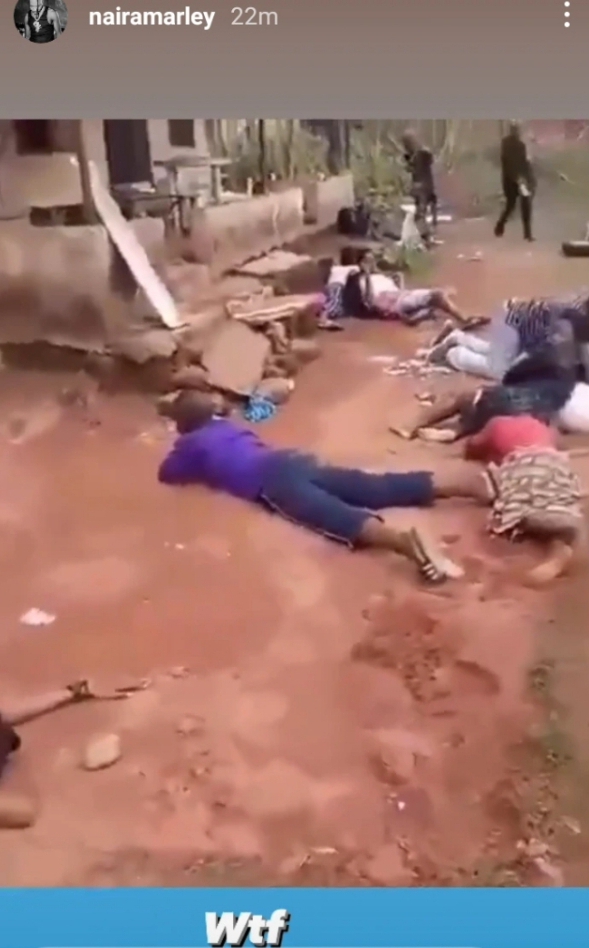