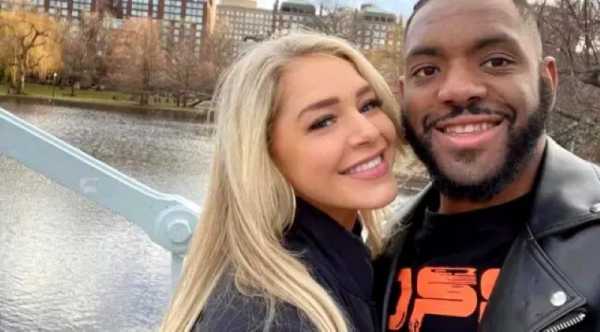 A United States based Nigerian, identified as Oga Jeff, has taken to Instagram to cry for justice over the alleged murder of his younger brother, Christian Toby by his lover at the Paraiso luxury building at 3131 Northeast 7th Avenue in Edgewater.

According to Jeff, Toby to rest said Toby was brutally murdered on Sunday, a week from his 28th birthday.

Jeff wrote “I honestly can’t believe I’m writing this. It is with the heaviest heart I announce the murder of my younger brother, Christian (Toby) who was brutally killed on Sunday, a week from his 28th birthday — I’m truly at a loss for words. He didn’t deserve this.

“This is a lot to process. Thank you to everyone who has reached out. Your support is truly felt and appreciated during this devastating time. I ask the community to please pray for me and my family. Pray for strength for the long road ahead to justice. Please consider donating to the gofundme as we lay my brother to rest and seek justice. Link in bio”

According to NBC Miami, the police are investigating the incident in what officials are calling a domestic dispute.

Miami Police officials said officers responded to a report of a man stabbed at the building and found the 27-year-old victim, who was rushed to a local hospital where he was pronounced dead.

Officials said a woman was detained at the scene and later taken for a mental health evaluation. Her identity wasn’t released.

Some friends said Toby lived in the building with his girlfriend. They said the two moved to South Florida from Texas in the past couple of years.

“He was just really high-energy, bright, intelligent, would bring a smile to anyone,” friend Josh Ramsey said.

Ramsey said the couple’s friends are in shock over his killing.

“These are our two friends we’ve gone on vacation with, we go to dinners with, we go out on the town with them, and it seems like it’s straight out of a crime documentary,” Ramsey said. “We would have never guessed it would have escalated to this point. I think I speak for our whole friend group, we are just shocked. Very distraught about this.”