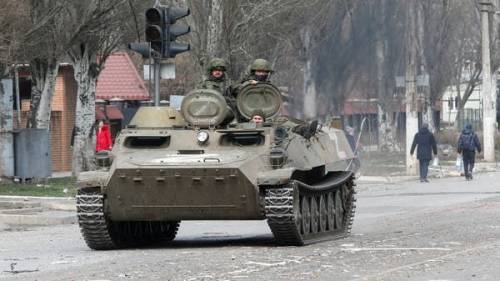 British military intelligence on Friday disclosed that Russian forces have now fully withdrawn from northern Ukraine to Belarus and Russia.

The Ministry of Defence said this on Twitter, noting that at least some of these Russian forces would be transferred to East Ukraine to fight in the Donbas.

The forces will require replenishment before being deployed further east, with any mass redeployment from the north likely to take at least a week, the ministry added.

According to Reuters, the ministry said Russian shelling of cities in the east and south continued and Russian forces had advanced further south from the city of Izium, which remains under their control.

In recent days, the Ukrainian soldiers have been successful in driving their Russian counterparts away from Kyiv, the capital and largest city of the east European nation. However, other cities, including the second-largest city, Kharkiv, as well as Mariupol, have suffered significant damage as a result of the fighting.