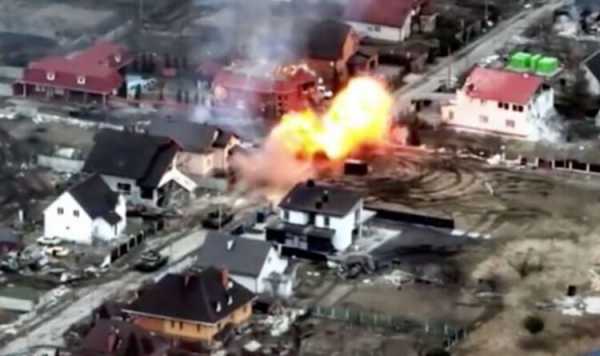 A frighten clip of a Russian tank accidentally blowing up its own comrades during an ambush in Ukraine has hit the net.

The footage which was recorded during a friendly fire incident, appears to show the disastrous mistake taking place outside the city of Kyiv

The drone footage shows images of a Russian tank being accidentally blown up by another Russian armoured vehicle. The video shows Russian troops near a village west of Kyiv as they were preparing to leave the capital following their unsuccessful assault on the Ukrainian capital.

It has been confirmed that both vehicles were Russian as they featured a “V” marking printed on the side of the tanks, reports Express.

The symbol, as often seen on footage or images of Russian armoured combat vehicles deployed to Ukraine, represents the Russian marines.

The drone footage, as confirmed by GPS signals, was filmed in Dmytrivka, a village west of Kyiv, as the Russian troops were leaving the capital during a Ukrainian ambush.

The mistake has been classed as a friendly fire. 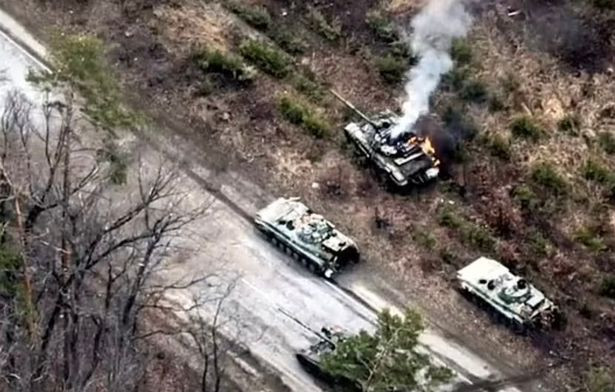 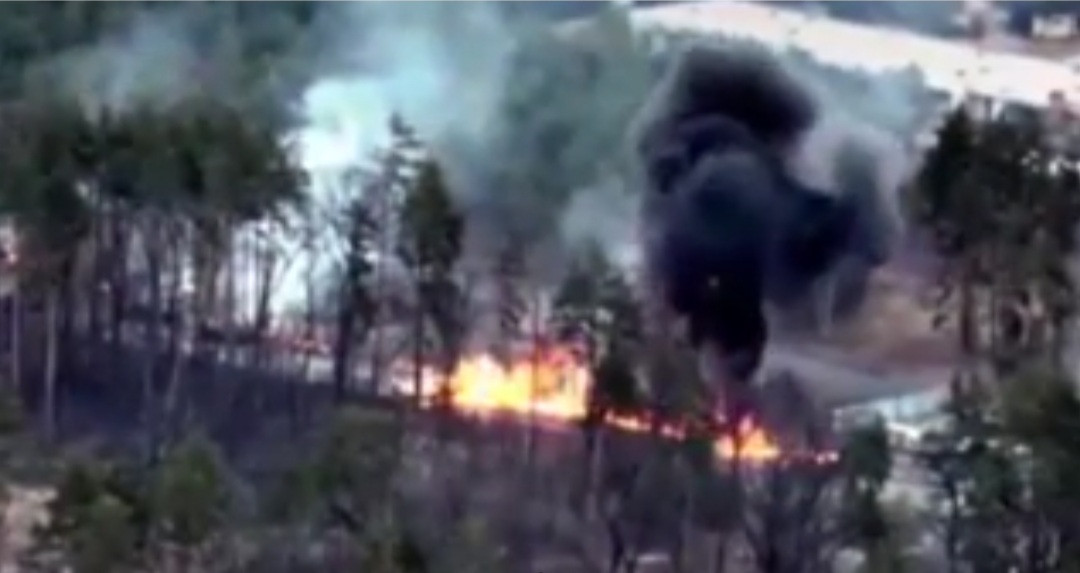