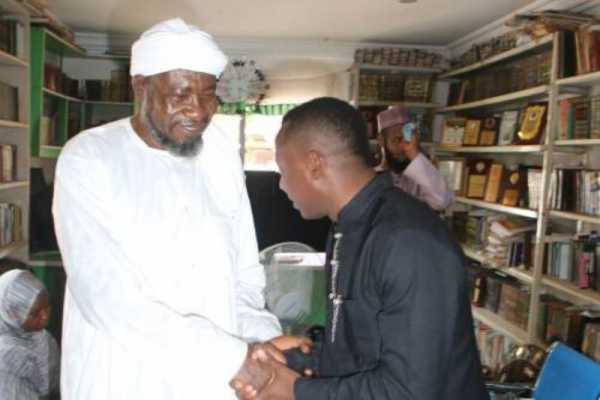 Sowore commended Sheikh Khalid for his courage and resilience in speaking the truth to power despite the intimidation and threats by President Muhammadu Buhari’s regime.

Recall that Khalid was sacked by the mosque’s steering committee over a sermon that criticised the government’s failure to stop insecurity in the country.

The Imam said he paid the “price for the voiceless” and would continue to identify with the masses. 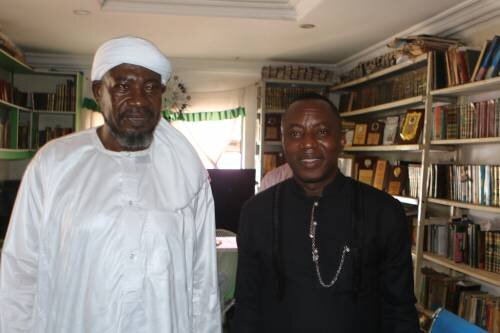 Sowore said, “We came here to thank you for the work you are doing. I had been hearing about you even before I was detained in 2019 because I have a friend who told me about one Imam and that If I listen to him I will like him. But before I could meet you I was arrested and detained.

“If they are not doing what they are doing to you, we would not have heard your message loud and clear. Because before then everybody said no Muslim was campaigning against Buhari.

“But you have been speaking the truth. Had they not gone to the mosque to eject you, we would not have heard the message. So many people are now listening to your messages as far back as five years ago.

“People thought you just started criticising Buhari till a few weeks ago. Whereas, there was an avalanche of warnings and prophetic teachings that you have been given about their incompetence loud and clear.

“So there is a purpose, there is a reason why they are stupid so that we can know people like you.”

Sowore said it would be difficult to push out corrupt politicians who have destroyed the country until more people continue to speak the truth to power.

The human rights activist added that his meeting with the Islamic scholar was not political but borne out of the love and interest he has for his teaching and his tenacity in the fight against oppression and injustice.

“The fantastic job you are doing in creating social consciousness, especially the way you sustain it at the time everybody is afraid to speak out against this unjust and incompetent system.

“Day in day out raising your voice telling people not to be afraid is very powerful and I am saying this not because I am in front of you.

“I receive your message and I have assigned somebody that anytime you have something new, send it and I review it. If it is in the middle of the night, I will review it and I will take the points that are important.

“I told him I would like to meet you one day and there is nothing political even though our lives are completely political,” Sowore said.

In his response, the cleric thanked the activist for the solidarity visit, saying that he is a man of the people and loves the country more than anybody or ideology.

He vowed not to give up on speaking for the common man against bad governance and injustice, adding that nobody can dictate to him what to preach or what not to preach.

He said that is the assignment God has given him to do and that he would not give up on it.

The cleric said he had decided not to talk to the press on the matter any longer following a move by some people seeking reconciliation on the matter, who had pleaded that he should stop speaking to the media about the issue.

He said he had given them his words and conditions that he would stop until after Salah. He said his conditions for reconciliation include that he would not withdraw what he has said about the worrisome security situation in the country.

He added that he was ready to honour any invitation from security agents should they find his teaching and sermon offensive or inciting.