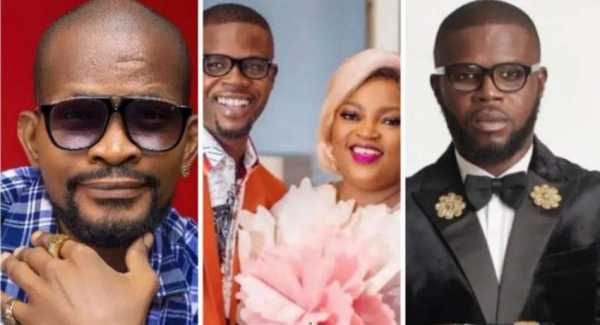 Nollywood actor, Uche Maduagwu has given his two cents on the alleged marital crisis between actress, Funke Akindele Bello and JJC Skillz.

It was reported on Sunday, April 10 that there were speculations, all is not well with their marriage.

This was disclosed by Instagram blogger Cutie Julls alleging that Funke Akindele and JJC Skillz’s union is going through some hard times.

The source revealed Funke Akindele had boldly accused her husband JJC Skillz of squandering money which she disagreed with, considering she is the company’s owner.

Weighing in on the devastating news, Uche Maduagwu directed his shot at the actress’s husband, Abdul Bello better known as JJC Skillz.

Uche stated that the biggest mistake he made was quitting music for marriage and movies as he would have been in competition with Davido if he was focused and determined.

Reflecting on his music career, Uche Maduagwu pointed out how his music changed the face of the entertainment industry.

Uche noted how the singer would have built mansions in Lekki and Banana Island.

However, he stated that there is nothing wrong in building his wife’s career, but everything is spiritually wrong when he gives her 100% attention and forsake’s his own career. 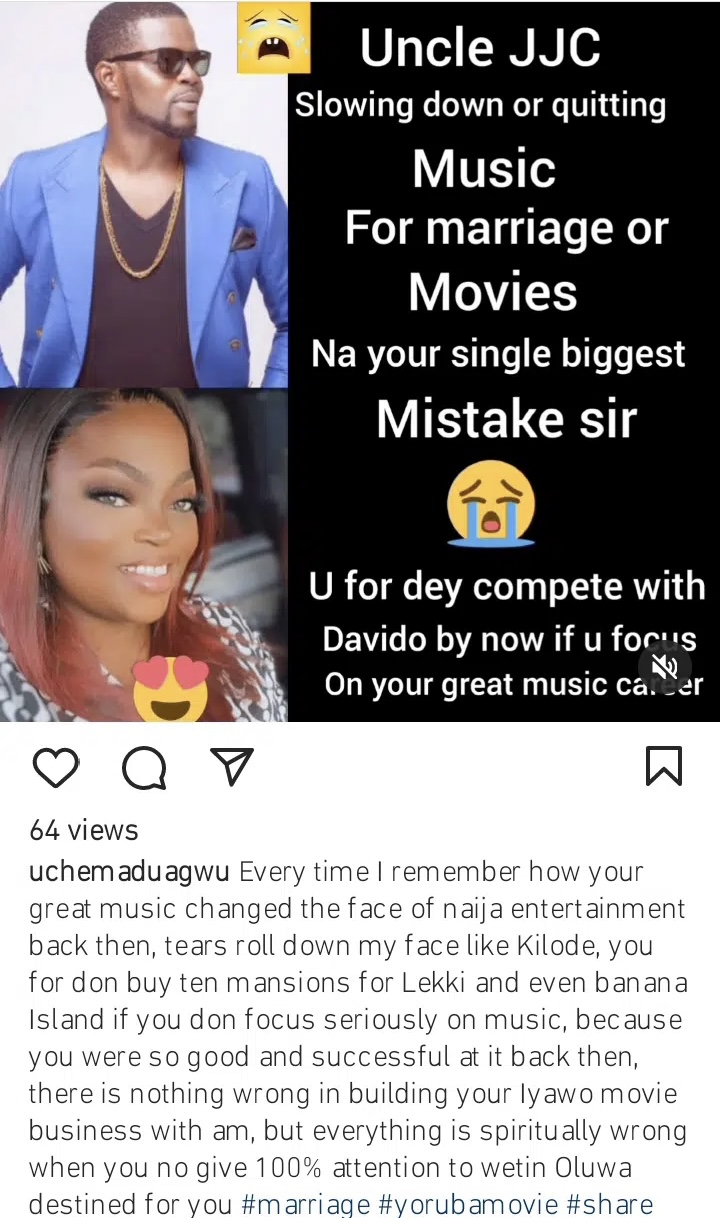