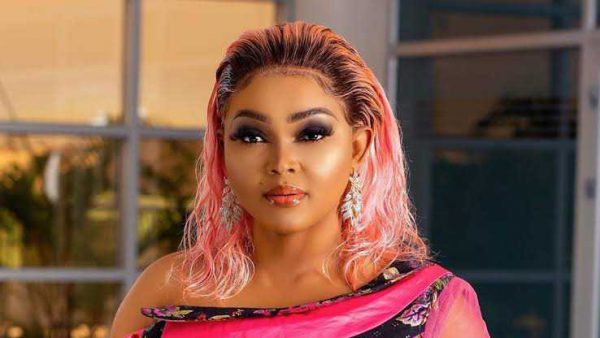 Actress Mercy Aigbe has bragged about her beauty, saying she still looks gorgeous with or without makeup.

In an Instagram post the 44-year-old uploaded a video of her ‘before and after’ makeup face, bragging about being naturally beautiful.

In her caption, the mother-of-two asked her fans to pick between the no make-up face and the one with makeup. She captioned:

“But I am naturally beautiful sha! What! Did someone say 44? Biko, I am a baby girl for life. I am fine sha!
With or Without Makeup? Which look are you feeling most?.”

Recall the actress sparked controversy on January 23 after revealing movie producer Kazim Adeoti. She was accused of breaking up the movie producer’s marriage to his first wife Funsho Asiwaju.

She, however, stated that as a Muslim, Kazim has the right to marry more than one wife and she did not crash Funsho’s marriage.