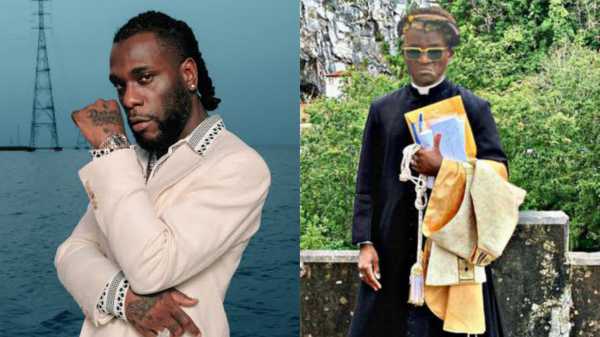 The hall dance artist stated this on the popular microblogging platform, Twitter in the early hours of Wednesday morning.

The self anointed ‘African giant’ shared a photoshopped picture of portable putting on a cassock and holding what appears to the eyes to be a bible.

He stated that deep down he really want that photoshopped portable picture to be his album cover.

The singer revealed that his new album would be released on his birthday, July 2nd.

“Deep down I really want this to be my album cover. 🥺 Love Damini” 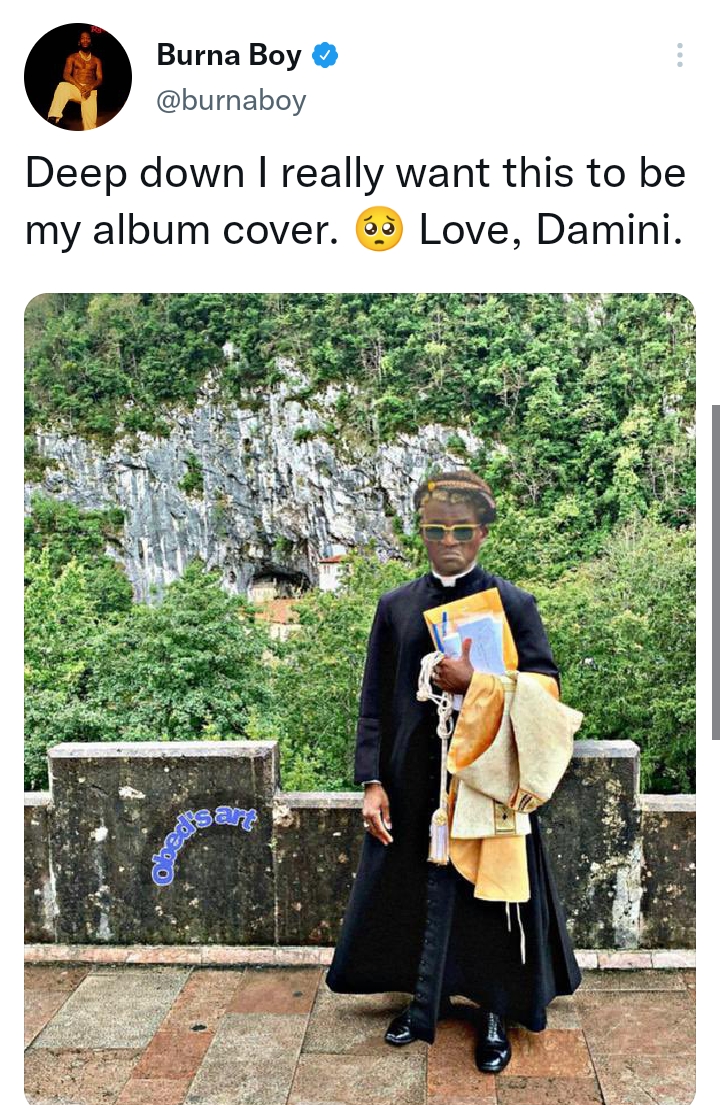