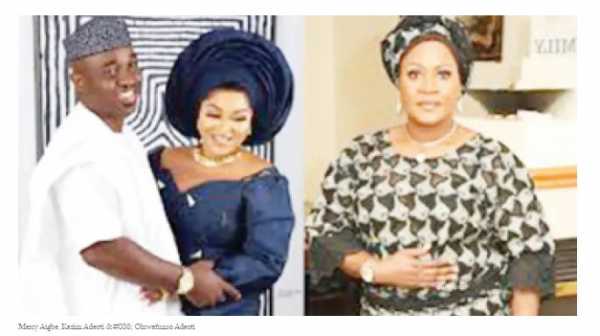 It has become an outlet for many, most especially celebrities to come an air out personal issues or challenges they might be facing.

Below are celebrity couples who have brought their marital disputes to social media.

On the 27th April 2022, popular Nollywood actor, Yul Edochie took to social media where he disclosed his son with new wife, Judy Austin. Many Nigerians were taken aback by his news, as the actor is well-known for his frequent posts proclaiming his devotion to his wife and how she has stuck with him.

The actor stated that it was past time for the rest of the world to meet his son, Star Dike Munachimso Yul Edochie, whom he adores just as much as his other children.

Many assumed it was a PR hoax, but it turned out to be true when his first wife, May, left a cryptic comment under the picture that said, “God will judge both of you.”

After dating for six years, Yul married his first wife, May, in 2004, when he was 22 years old. In October 2021, the pair celebrated their 17th wedding anniversary. They have four children together.

On the other hand, Yul’s second wife, Judy Austin Moghalu, hinted that she could be willing to share her side of the story. In an Instagram Live, the actress hinted at this, saying she was amazed by how much love she received.

When Justin Dean, the husband of American-based Nigerian dancer Korra Obidi, announced their breakup four days after the birth of their second child, social media came to a halt.

He wrote on his Instagram saying: “Korra Obidi and I are getting a divorce. It’s over! I won’t be treated this way longer. I did my absolute best to make it work.”

In response to the news of her divorce going viral, Obidi confirmed: it is what it is.

In another message, Obidi’s spouse urged everyone in what appeared to be advice saying; “Only you can make the decision for what your(sic) worth and that will determine how you allow people treat you. (sic) Important concept I’ll teach my daughters.”

Dean and Obidi had their second kid recently, brightening up the internet with lovely family images that had everyone yearning and praying for their kind of marriage and family life. Fans of the duo will remember them for their lovey-dovey social media behaviour.

Since the popular Yoruba actress, Mercy Aigbe revealed the identity of her new partner on social media, Kazim Adeoti. It has been a series of talks and clap backs from his estranged wife, Olwafunso Adeoti and also Mercy’s former husband; Lane Gentry. The ongoing feud between Kazim Adeoti, aka Adekaz, and his estranged first wife, Oluwafunso, also known as Asiwaju Couture, over his marriage to Mercy Aigbe has revealed some details about their marital home in separate lengthy online posts.

Funso Adeoti, Kazim Adeoti’s first wife, had accused Mercy Aigbe of sleeping with her husband when they were friends. Funso took to Instagram to accuse the actress of being a long-term issue in her marriage. Her tweet was in response to Aigbe and Adeoti’s accusations following their interview with Media Room Hub magazine.

Funsho Adeoti recently issued a warning to both Kazim and Mercy Aigbe, citing the actress’s recent spate of uploading images and videos in the matrimonial home she claimed she had furnished with her hard-earned money.

In response, Kazim stated that it was vital to clear the air because most of the reports printed about his family’s troubles were false. The movie marketer asserted that the house he built was all sponsored by him.

Nigerian actress and social media influencer, Nkechi Blessing Sunday and her ex-husband Opeyemi Falega created a stir on social media when they revealed the reasons for their split. The marriage ended due to infidelity charges and a phoney existence, according to Nkechi Blessing in an Instagram live video.

However, after going live on Instagram, the movie star’s estranged husband, Falegan, also acknowledged the end of their marriage. The politician stated in the live broadcast that he had a reputation to uphold and would never identify himself with somebody who would harm his image.

The actress also shot down claims that her ex-husband built her a bungalow. She said that the property was built with the money she earned from her social media influencing gigs.

She later sobbed on Instagram live, blaming the writer for the rumours that she had cheated on her spouse.