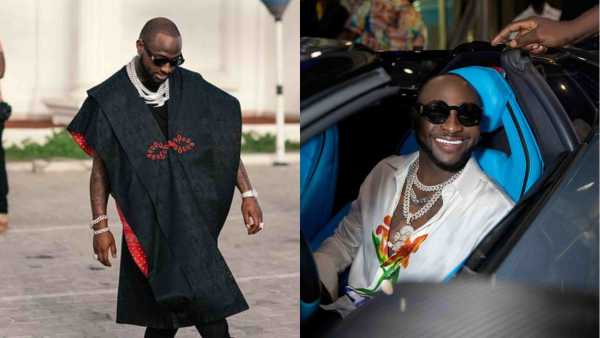 Legendary award-winning singer, David Adeleke simply known as Davido has called out a show promoter who didn’t maintain their agreement.

In a lengthy post on his instastory the ‘Fall’ crooner alleged that the show promoters have refused to pay his balance after the show which was completely sold out.

“We overwork our bodies, blo*d sweat and tears daily to keep up and deliver these shows for our fans….only for people to take our craft and hard work for granted….I fly private 90 percent of the time but logistic issues we couldn’t get a landing permit on time, so I even the decided to take almost 3 connecting flights to get here…we get here and the promoter did not keep up to his own part of the agreement…he’s soils thousands of tickets but doesn’t want to pay me! Normally it’s no balance no show…I’ve been ready at the hotel for the past 4 hours waiting I’m for either cash or wire..still nothing!! I know how many people used their last to see me! So because of that I will do the show!!”. 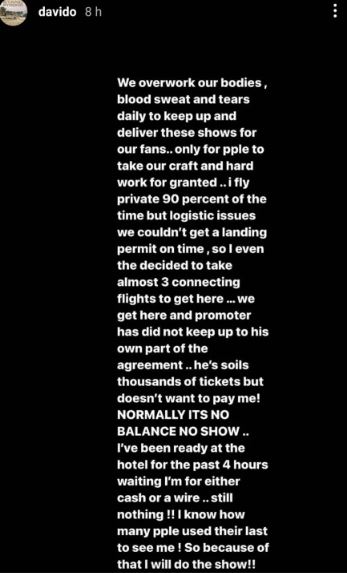