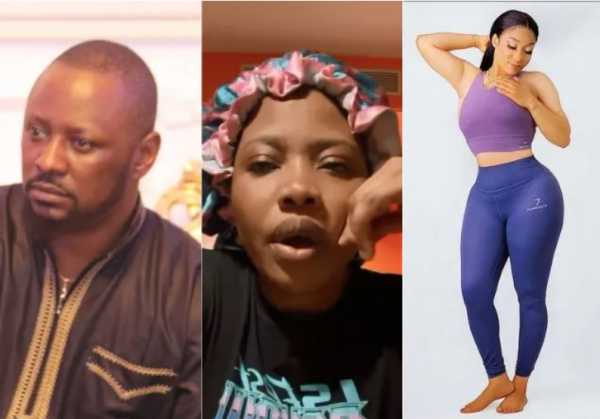 Kpokpogri had taken to an Instagram live session hours ago to weep over demolishing of his 700 million naira house.

According to Kpokpogri, he does not know who is behind the demolishing.

He narrated how FCDA stormed his building early in the morning without notice and began to destroy his property, starting from his gate and fence.

The embattled businessman said he does not know what he has done to warrant the demolition as he has legal documents for the property.

“I HAVE CHILDREN AND VISITORS WERE IN THE HOUSE AND THOSE PEOPLE JUST CAME AND STARTED DEMOLISHING WITHOUT ANY REASON”.

According to her, when a man messes with the wrong woman, he gets all he deserves.

“WHEN YOU MESS WITH THE WRONG WOMAN YOU GET ALL YOU DESERVE…#GOES BACK SLEEP”.

Reacting, Doris took to her social media page to mockingly sympathize with him.

She stated that the government doesn’t want him to chill with the big boys and at such he should flee the scene.

Continuing she hailed Tonto Dikeh for gaining victory over her ex.

She stated that the actress’s God is working for her.

Doris went ahead to mock him.