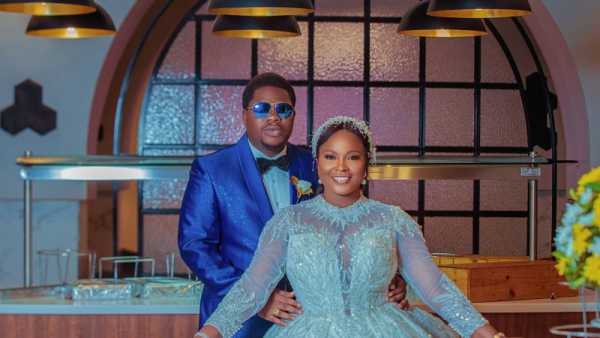 Nigerian online comedian Mr. Macaroni, real name Debo Adedayo, has finally opened up on his marital status after some wedding-themed pictures of him with his colleague Kemi Ikuseedun, also known as Mummy Wa, went viral.

About two weeks ago, Mr. Macaroni shut down the internet when he shared the wedding-themed photos with Mummy Wa, suggesting they just walked down the aisle as husband and wife.

The skit maker just turned 29 has, however, debunked the rumours he started. He disclosed he did not get married, as he suggested through the pictures on his social media platforms.

Appreciating his fans following their birthday wishes to him on Tuesday, May 3, 2022, he said that clocking 29 feels good for him, but he is not married yet.

“Thank you all for your kind messages. 29 feels good! Confession: I’m not married ooo,” Mr. Macaroni wrote in a Twitter post.