Kemi Olunloyo, a popular self anointed investigative journalist, has slammed actress Tonto Dikeh after the latter allegedly came to Lagos to beat her up.

Remember how the actress publicized her trip to Lagos in this respect shortly after Kemi accused her of drug usage and other things. 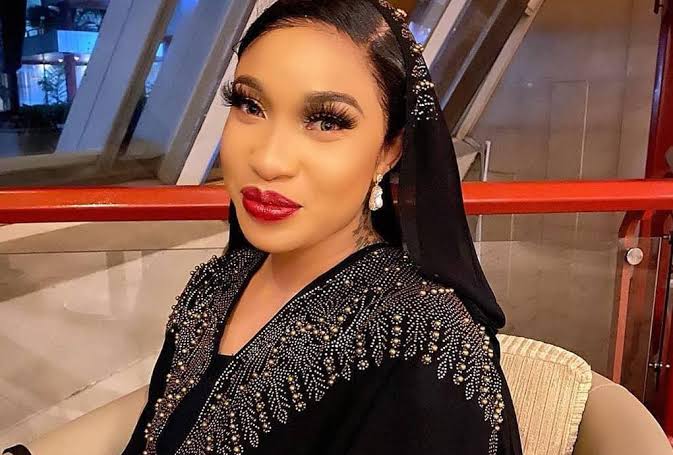 The controversial journalist has mocked Tonto Dikeh as she informed Nigerians on her verified Instagram account, saying she won 5-0 also telling netizens that the actress had lied about landing Lagos to come meet up with her.

In the words of Kemi:

“Radio without battery. Tonto did not show up. Who leaves a young boy at home to travel to Lagos from Abuja to “beat” a veteran journalist? NOTHING BUT CLOUT !! Heal yourself #tontodikeh.”