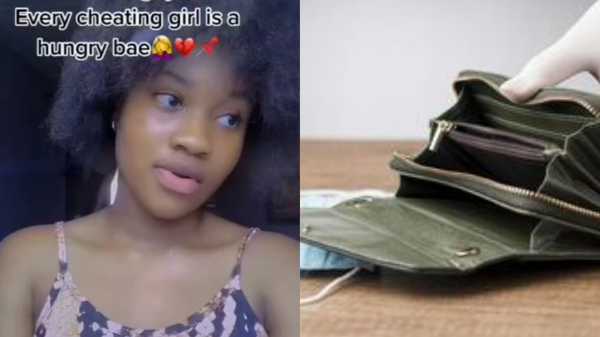 A young woman has taken to social media to lambast unfaithful ladies who have intimate relationship with more than one man at the same time.

The lady claims that the chief reason many women enter amorous relationship with more than one man is because they are financially dependent.

She says that any lady who decides to go out with another man while already in a relationship with one is a hungry lady. 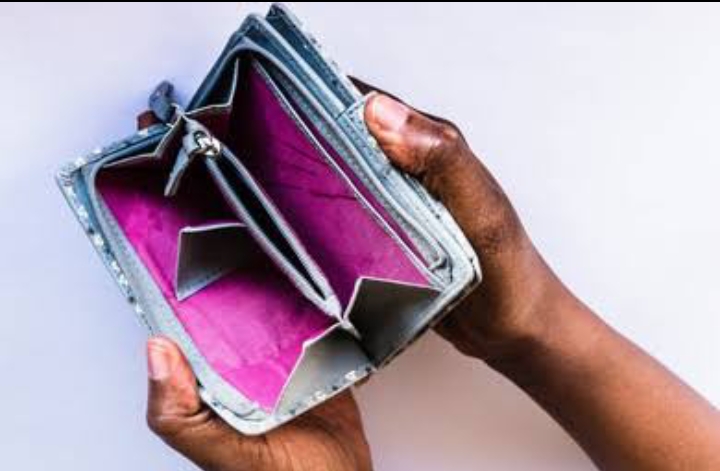 Her claim has sparked varied reactions among netizens.

her_candiness wrote: “You think?? Some people can’t just be faithful even if you give them the world so I disagree”

14_characters wrote: ” We need to protect her seriously”

the_real_tobe_official wrote: “Ahhhh she don wound all her kind”

dorimevibes wrote: “It could also mean she doesnt want to put her eggs in one basket. So when the first guy disappoints her she has another option to turn to” 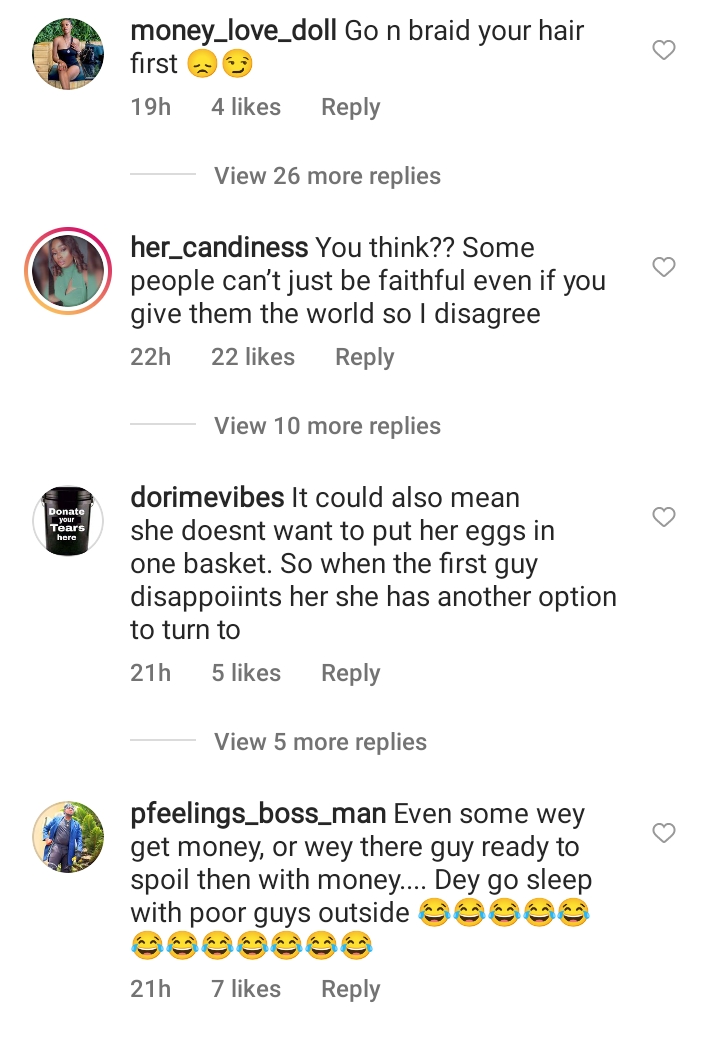