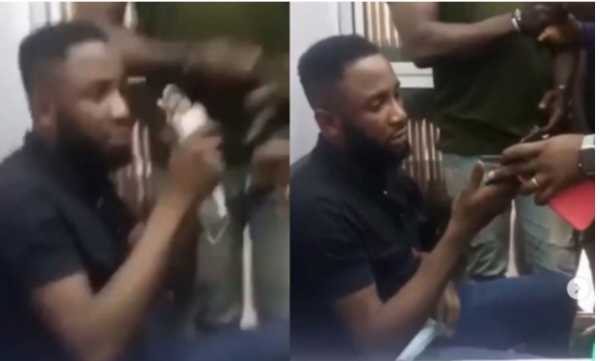 A yet to be identified Nigerian man was apprehended in Abuja, Emab Plaza after he tried swapping a real iPhone 13 Pro Max with a fake iPhone pro max.

According to reports, the yet-to-be-identified man entered the phone shop and demanded to exchange his dummy iPhone for a new iPhone 13 Pro Max. The incident was said to have happened on 30th May 2022.

After acquiring the iPhone, he then made an excuse to make a withdrawal for the phone but the merchant realized that his original iPhone has been swapped with a dummy version.

The suspect was later busted by the security operatives at the gate and was taught a brief lesson before he was handed to the police for proper punishment.