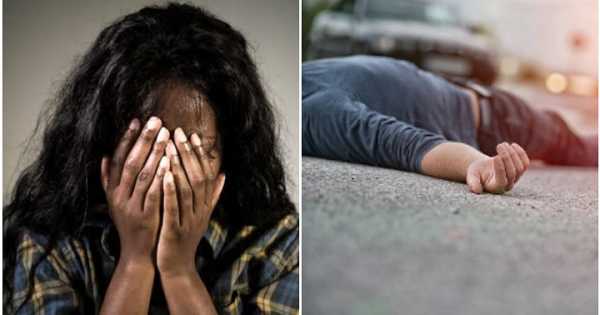 An Instagram user @johnnyjamjam has revealed how the girlfriend of a sickle cell anemic man got arrested after her boyfriend died.

It was gathered that the lady got tired of the relationship due to his inability to satisfy her sexually and complained bitterly to him.

The boyfriend who didn’t want to lose his girlfriend, bought pills in order to impress her in bed despite being a sickler.

Due to complications from the drugs, the man died and the girlfriend has been handed over by neighbours to the police.

She will be charged for “conspiracy to murder” and will be investigated as well because the pills receipt found in the boyfriend’s apartment were purchased in her name.

“Babygirl told sickle cell anaemic dude she was tired of relationship because dude was bad in bed and was not satisfying her.

SS dude loved babygirl so much and desperately wanted to impress her in bed. He went to take pills so he could go faster. Romp match started but dude have up the ghost”. 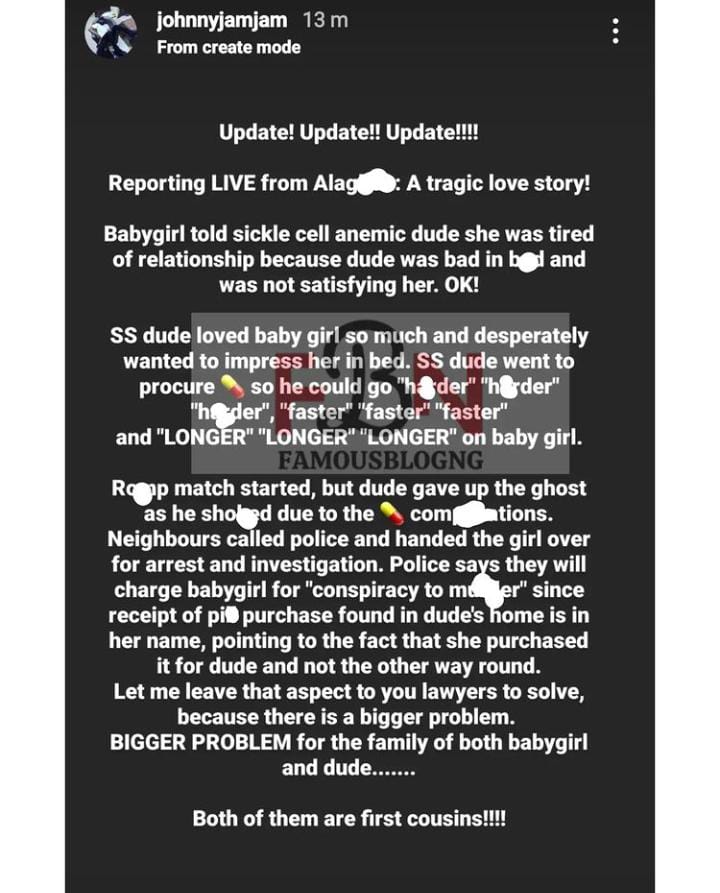