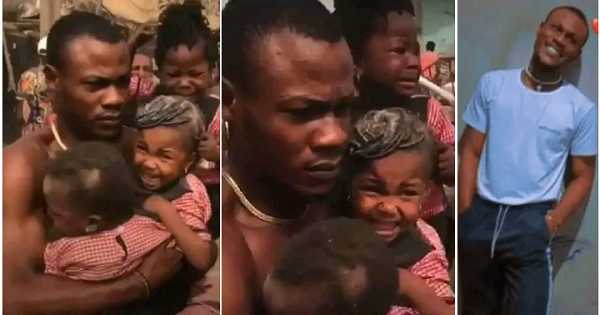 Nigerian man, Emmy Toms has been given thumbs up all over social media for his bravery during the Kano explosion on Tuesday.

The site of this explosion was a primary school along Aba road on the Sabon Gari area of the state early on Tuesday morning. Casualties recorded were allegedly nine with several injured.

The state commissioner of police, Mr. Dikko updated the public on the cause of the accident as gas reportedly leaked from a welders shop very close to the primary school.

Emmy Toms, an indigene of Imo state was captured in a video maneuvering his way through the building to save school children.

Nigerians have taken to social media to celebrate the young man’s act of bravery, comparing him to those that stood there merely taking photos. 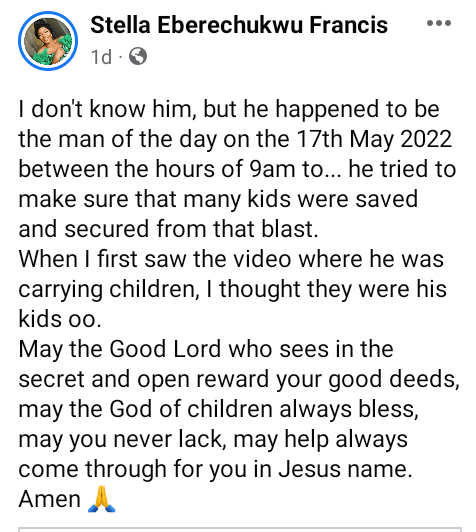 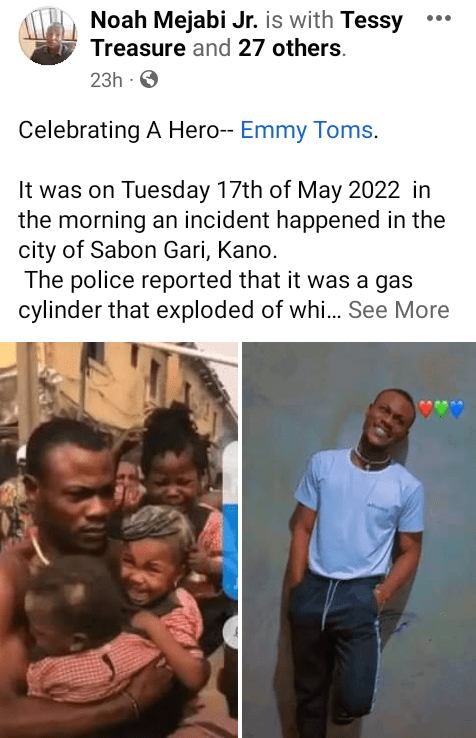 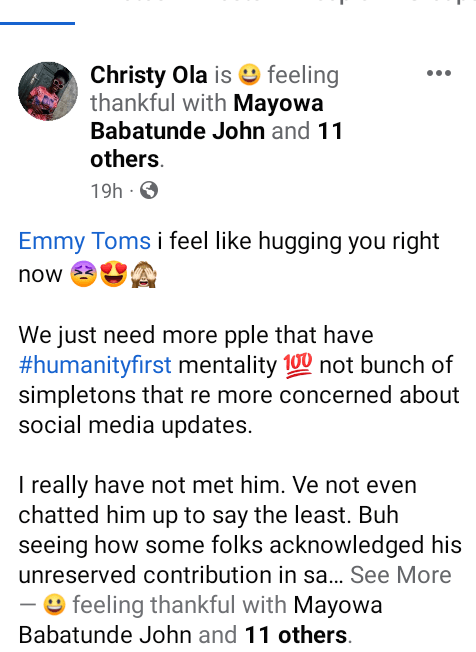 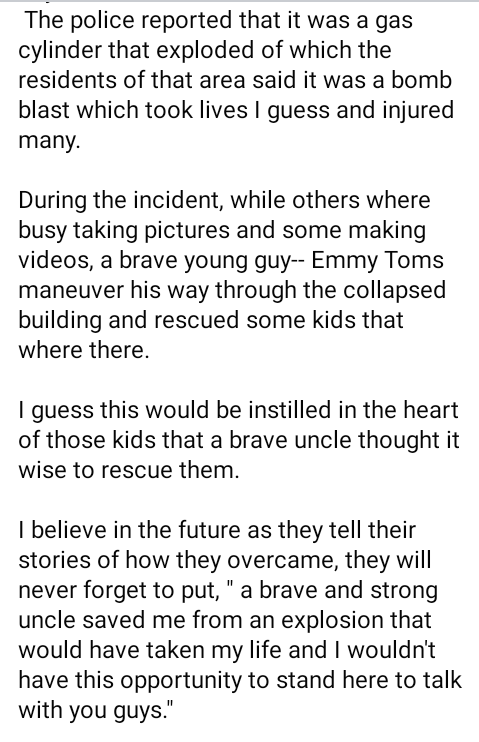