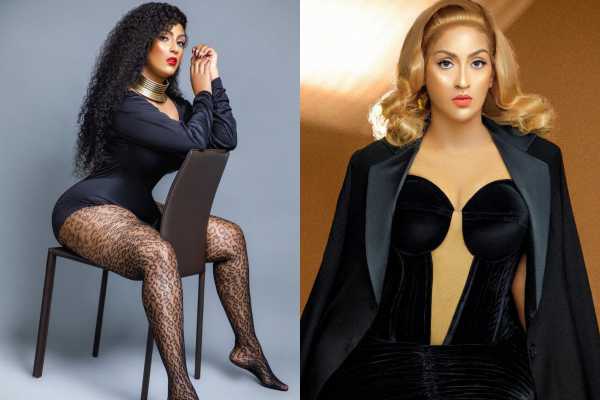 Juliet Ibrahim has stated that, contrary to popular belief, light-skinned celebrities or thespians have the upper hand and are more favored, the opposite is true.

She claims that they are frequently stereotyped as a result of their skin color, and that they most of the time at demerit. In a recent interview with prominent media personality and lawyer Chude Jideonwo, she revealed this.

Everybody has a perception that lightskin people have it all but funny enough, we’re just like everybody else. We’re human beings just like everyone else.

And for me growing up, I suffered a lot. Self-esteem issues and my skin color was one of those things. Because everybody thought I was favored, that I didn’t deserve whatever I got when I got it. But I was an A class student.

I would be competing with the best in class. If somebody is taking A today, I’m behind them. Valedictorian, I’m the next person. But it’s because I knew I had to learn to be able to pass. I wanted to grow up to be a superstar and my parents told me I have to pass to be able to be the superstar I wanted to be.

So I needed to pass so I would be studying, I’d be doing everything. It wasn’t because of the looks that I’d be in the drama class, or taking first in class or even in the whole school, I came second when I was graduating high school.

So it’s just not about that and it has come a long way. It has taken a toll on me over the years where people feel I got to where I am today because of my color or my looks.

Another thing is that we suffer a lot. Like for me as an actress, we suffer to get movie roles because sometimes there are not just too many actors that are light-skin to pair up as parents. How many light-skin older men are there to play the father role?

So sometimes I’ve lost out on movie roles because of that because they’ll say “Ah, we have to use someone that is dark-skin because we feel like the pairing up won’t work, the casting won’t make sense.”

There are lighter skinned older actresses in Nigeria which has helped me a lot. So sometimes, they’ll just pair somebody like a Ngozi Ezeonu as my mother.

But it really is a lot because even with the casting in movies, they want to cast you light-skin woman as the home-breaker, husband snatcher, so there’s this narrative they put in the minds of people that are watching films and I feel like that’s why we get misjudged with that light skin thing in Africa.