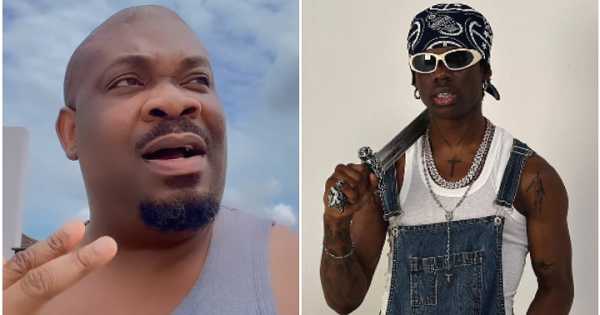 Reports have it that ‘Overdose’ has been on Apple music Hot 50 naija songs since its release. The popular music mogul revealed his reasons in an interview with cool FM.

He stated that his main reason for leaving out the “calm down” singer from the new track was because he needed fans and Nigerians at large to see the upcoming artists – Arya starr, Magixx, Crayon and Boy Spyce.

He further pointed out that Rema’s input in the song would have tilted attention of fans to himself considering the name he has already made for himself in the music industry.

He further made it clear that he always tries to keep the new artists away from collaboration so they can stand out.

Don Jazzy hinted to the listeners to expect an all Marvin Records album some time this year.