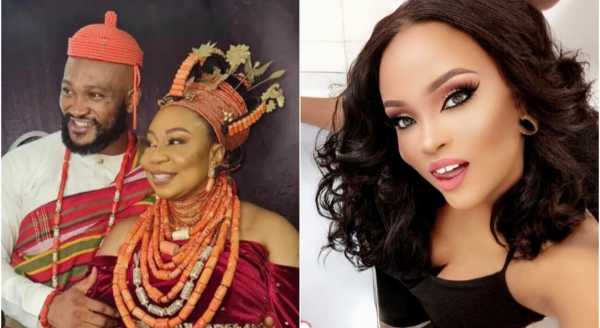 Before now, Blossom had been married to Maureen Esisi, although their marriage had crashed, coming to a screeching end over alleged infidelity.

In reaction to the first photos of the couple that surfaced on the internet, they are wondering why Blossom would leave Maureen for a woman who appears to be older than him in

@Blessedkidv wrote: So he left sexy Maureen for this? It is well.

@adminxclusive wrote: Is this the wife or the mother in law?

@Insta.fabss wrote; looking like mother and son but if that’s his peace place who I be to object.