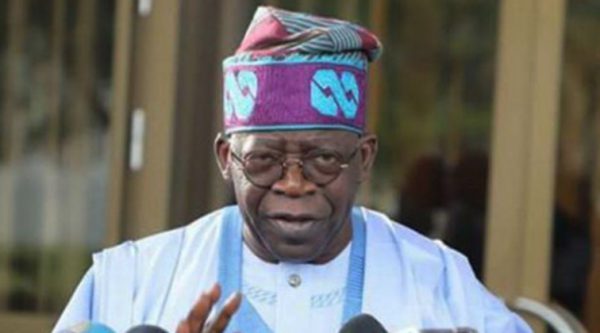 A trail of reactions from Nigerians have followed the reports that the presidential candidate of the All Progressives Congress (APC), Asiwaju Bola Tinubu didn’t submit his primary and secondary school certificates to the Independent National Electoral Commission (INEC).

It was reported that Tinubu claimed that his school certificates were stolen by unknown persons during the military rule in 1990.

The former governor of Lagos State stated this in an affidavit submitted to the Independent National Electoral Commission (INEC) as part of his eligibility filings for the 2023 presidential elections.

It was gathered that documents released on Friday show that Tinubu left the columns for his primary and secondary education unmarked.

Tinubu, however, noted that he obtained a degree in business and administration in 1979 at the Chicago State University.

Following this submission, Nigerians have taken to social media to air their views. While some feel it’s not a big deal as he has gone ahead to achieve other things which wouldn’t have been possible without such certificates, others are of the opinion that it calls for more investigation into the background of the former Lagos State Governor.

Abeg the information provided by Tinubu to INEC when he wanted to contest for Lagos State governorship election should be well protected before we hear say the files are missing or fire has destroyed the building where the files are.

I wrote in 2014 that Tinubu's affidavit that he attended Government College Ibadan (GCI) between 1965 and 1968 is false. I was in GCI from 1962-1968, and Tinubu was not there. Tinubu now tells INEC he did not go to primary or secondary school. This means he committed perjury.