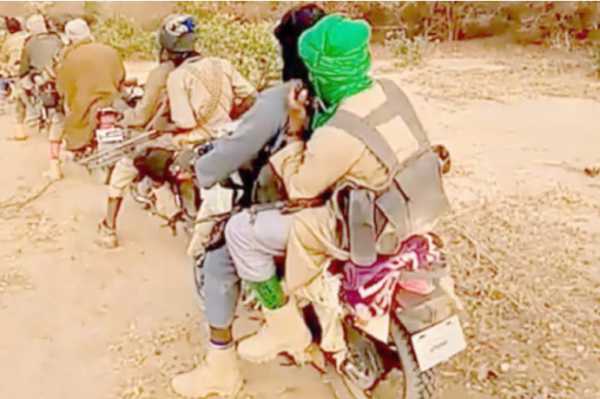 Gunmen suspected to be bandits have killed 32 people in an attack on four communities in Kajuru Local Government Area of Kaduna State.

It was gathered that the bandits attacked Ungwan Gamu, Dogon Noma, Ungwan Sarki and Maikori communities on Sunday.

In a chat with reporters in Kaduna on Wednesday, President of the Adara Development Association (ADA), Awemi Maisamari said the gunmen attack lasted for six hours.

He claimed that the attack started around 12noon (on Sunday) and lasted until around 6pm unchallenged by the security operatives.

He said the terrorists burnt houses in Maikori village while a church in Dogo Noma was also razed down. Maisamari alleged that the attacks were “carried out by Fulani terrorists who were riding on many motorcycles.”

He said, “Each motorcycle carried people armed with AK47. When they came, the villagers mobilized to repel them at Maikori village but they couldn’t withstand their firepower.

“There was no way poor villagers could face the terrorists who were well-armed.”

He added that the burial of some of the victims which took place Monday was disrupted as the terrorists were sighted in nearby bushes.

Maisamari said, “Many people are still missing and some of them are believed to have been abducted by the assailants.

“So far, no contacts have been made. The attack has caused serious panic leading to the displacement of thousands of people in the area.

“Most of the displaced persons, especially women and children are still relocating to places like Katul Crossing, Kachia, Idon and Maraban Kajuru.

“The attack has compounded the already very bad humanitarian situation in Kajuru LGA because Kutura Station and other neighbouring villages were similarly destroyed and displaced on April 8, 2022.

“We are calling on government and other people of conscience to come to the aid of our displaced and dehumanized people”.