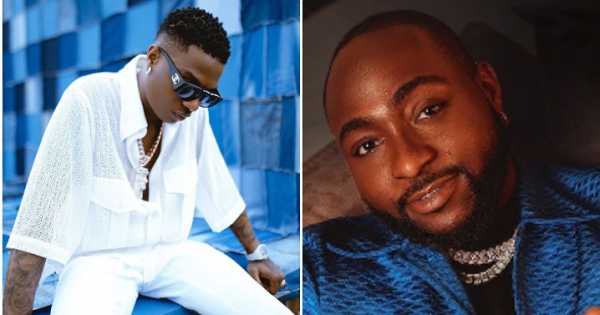 A video of Nigerian singer, Wizkid, referring to fellow singer, Davido, as his boy has stirred reactions on social media.

In the video making the rounds online, Wizkid was asked about his relationship with Davido, and in his response, he described Davido as his boy.

According to Wizkid, he has no issues with Davido because he sees him as a cool fellow.

He further stated that fans are only trying to create beef between them because they want entertainment.

“Davido na your boy? E be like say you no dey ok.”

Charity Madu noted:
“It is always the fans that are trying to cause issues. These two boys are actually cool.”