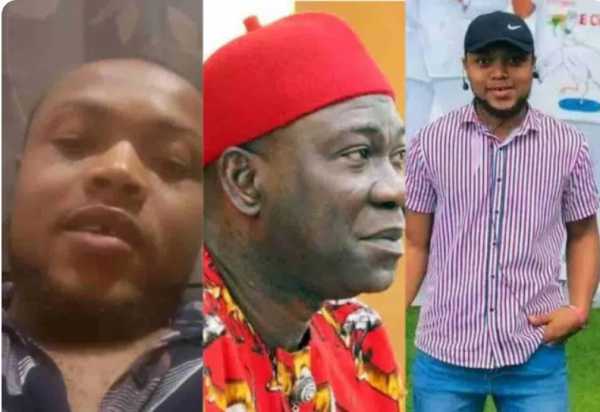 A man identified as Vincent Jeremiah has debunked claims of being the 15-year-old boy who was flown abroad by former Deputy Senate President Ike Ekweremadu for alleged organ harvesting.

Recall that after reports of Ekweremadu’s scandal hit the web a young man subsequently went viral on social media with netizens claiming he is the individual involved in the said organ harvesting case.

Reacting, the young man took to his Facebook page to state that he is presently in Nigeria and he is not linked to the incident.

He wrote: “PLEASE KINDLY DISREGARD THE POST FLYING AROUND WHICH SUGGESTS THAT I AM THE YOUNG MAN WHOM IKE EKWERENMADU ALLEGEDLY PAID FOR A KIDNEY TRANSPLANT.

MY NAME IS VINCENT JEREMIAH AND I HAVE NOTHING TO DO WITH THE SAID INCIDENT! THANK YOU.”