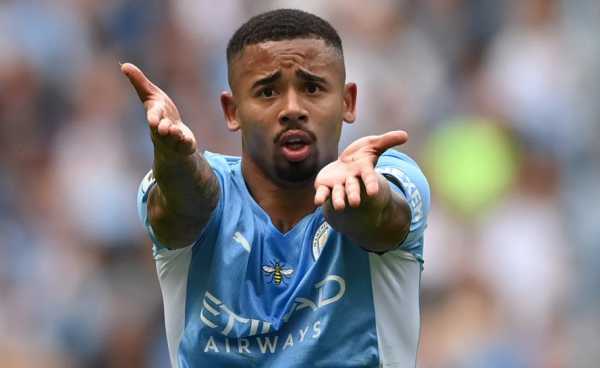 Brazilian professional footballer who currently plays for Manchester City, Gabriel Jesus, has ended speculations on his decision to join Arsenal this summer.

The City striker has reportedly finalized talks with the English Premier League side and would be joining Mikel Arteta’s side for the 2022/2022 league season.

Jesus would be replacing Alexandre Lacazette at Arsenal as the Frenchman is set to leave the Emirates. The North London club has confirmed that Lacazette would be returning to his former club Lyon and his departure will free up the funds needed to complete the Jesus deal.

Jesus had netted in total, 95 goals in 236 appearances for Manchester City and as well scored 13 goals and made 12 assists in 41 games last season, although many of his appearances were as a substitute.

The Brazilian helped Pep Guardiola’s side to win four Premier League titles, three EFL Cups, and one FA Cup during his time at the Etihad.

The 25-year-old player is keen on playing for the Gunners under Arteta, not minding their failure to qualify for the Champions League.

Meanwhile, Arsenal has sent a farewell speech to Alexandre Lacazette as the French player will not be extending his stay with the North London side.

Arsenal confirmed in a statement on Friday that Lacazette will leave in a matter of days when his current contract expires on June 30, 2022. Naija News recalls the striker joined Arsenal from Lyon in July 2017 and has since made 206 appearances in all competitions for the Gunners, scoring 71 goals in the process.

“That moved the French striker into the all-time top ten of goalscorers for us in Premier League history – scoring his first goal just 94 seconds into his league debut, against Leicester City, in August 2017.

“Before joining us, Laca had played all his club football for his hometown club, Lyon, scoring exactly 100 goals in Ligue 1 during his seven years in the French club’s first team.”

As he is set to leave the club, Manager Mikel Arteta has praised the player’s character, describing him as a leader.