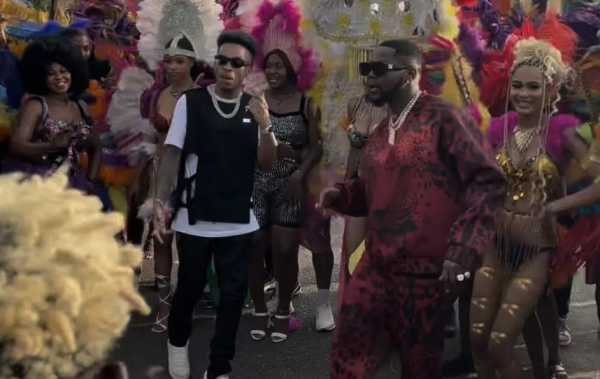 About a month ago, Kizz Daniel teamed up with Tekno to drop a song, ‘Buga’ which fast became an anthem in the country and Internationally.

The track took no time at all getting to the Number one spot in the Apple Music Nigeria’s Charts and spent some time there as well.

From viral TikTok videos to even having its own dance step, Buga has really been a force to reckon with.

Now, visuals for the hit track is on its way.

It’s been seen in the past with songs that had fans in a frenzy – visuals of some of those songs did not live up to expectations.

‘Buga’ has had music fans worldwide in chokehold since its release and with the way dance moves have been created, it is really not a felony to have big expectations for the visuals.

Kizz Daniel has been known to bring the house down with good music, and visuals of his tracks are always top notch.

Will ‘Buga’ follow the steps of its preceding brother and sister tracks? We’ll have to wait and see.