Leggy, the alleged married lover of Instagram Influencer Papaya Ex, has reacted to the reports of dumping his wife for a side chick.

Recall that late on Monday night, a video of Papaya being ridiculed by the supposed wife of her alleged lover surfaced online.

The lady confronted her husband for cheating on her with Papaya who he had always described as a prostitute and not in a relationship with her.

In a post shared on Instagram, Leggy debunked the claims of being married stating that he and the lady in the viral video dated when they were in school before they broke up.

Leggy also debunked the speculation of dating Papaya Ex saying that he’s a grown-up man and not a baby that can be snatched.

Papaya’s alleged lover said the viral video was a shock to him because his ex-girlfriend had come to Lagos to plead with him over their relationship but he didn’t agree.

According to Leggy, his ex-girlfriend wrongfully accused Papaya of cheating because they are not dating or caught cheating.

Leggy added, that he’s not responsible for Papaya’s flamboyant lifestyle and didn’t buy her a car or house. 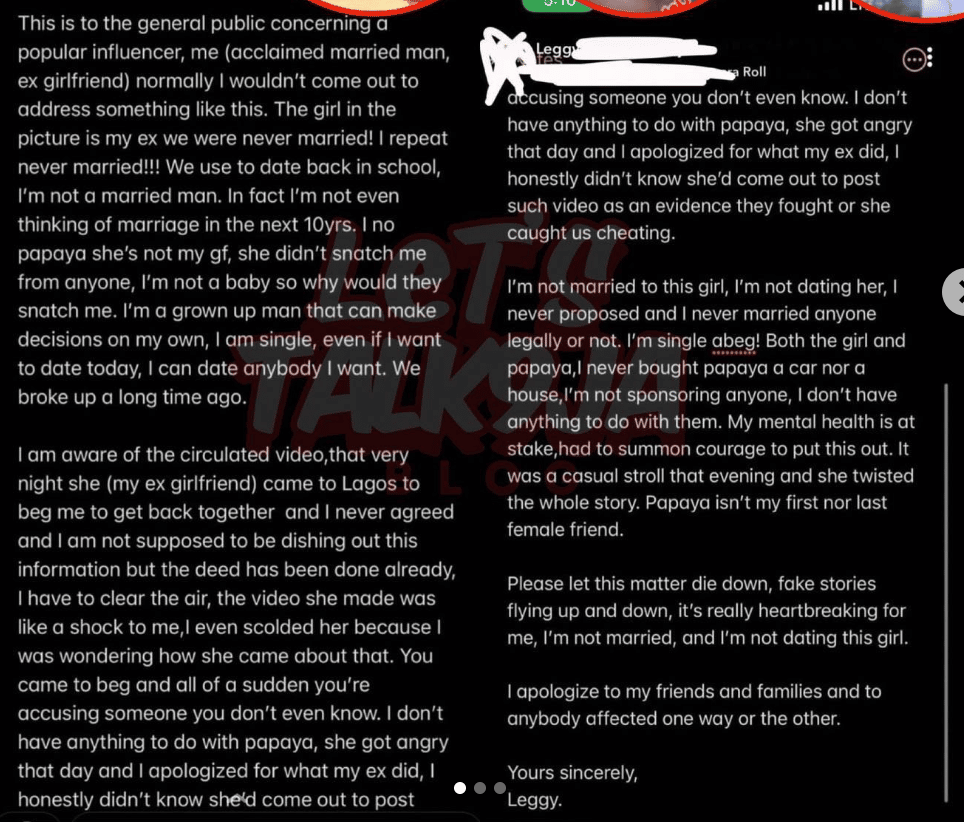