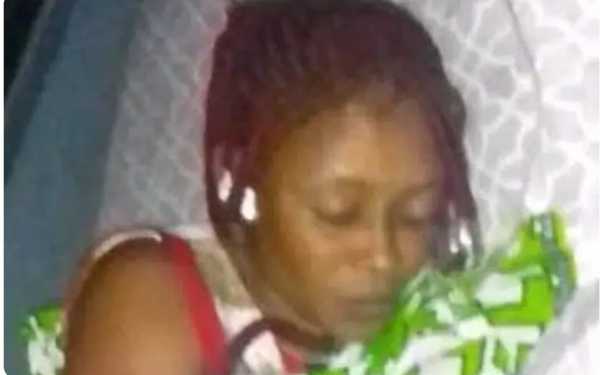 A young lady, simply identified as Ada Adiele, who was swept away by a ravaging flood which followed after a heavy downpour in Owerri, has been rescued by the Nigeria Security and Civil Defense Corps.

Ada was swept away by flood after a heavy downpour in Owerri, Imo state capital on Tuesday, June 14.

Reacting to the incident, the acting commandant of the NSCDC in Imo state, Mr Chukwuemeka Odinmba, on Wednesday, in a statement disclosed that personnel of the security agency were able to rescue the young lady, reportedly swept away.

The commandant added that the task was done in collaboration with other stakeholders who provided assistance to the victim.

“The lady is a visitor in the Owerri capital of Imo state, the flood carried her all the way from the popular IMSU junction to the NSCDC junction where some personnel saw her struggling in the flood before intervening to rescue the almost dead lady out of the flood with with few other good-spirited Nigerians” Odinmba said.

“You can imagine what she must have passed through before being rescued. At the moment she is still at the Life spring hospital, Owerri where she is being revived.”