Popular Nigerian comedian Bright Okpocha popularly known as Basketmouth has reacted to a picture comparing him to a dog.

A Twitter user had earlier shared a picture collage of the comedian and a dog.

However Basketmouth reshared the photos on his Instagram and Twitter page as he avowed that his haters are at it again.

Basketmouth prayed for the perpetrator not to find peace and promised to find where the picture originated from.

HE TWEETED, “THE HATER THAT DID THIS WILL NOT FIND PEACE..I’M COMING FOR YOU, LEMME FIND FUEL 1ST… MAX 2 MONTHS. YOU’RE MINE”. 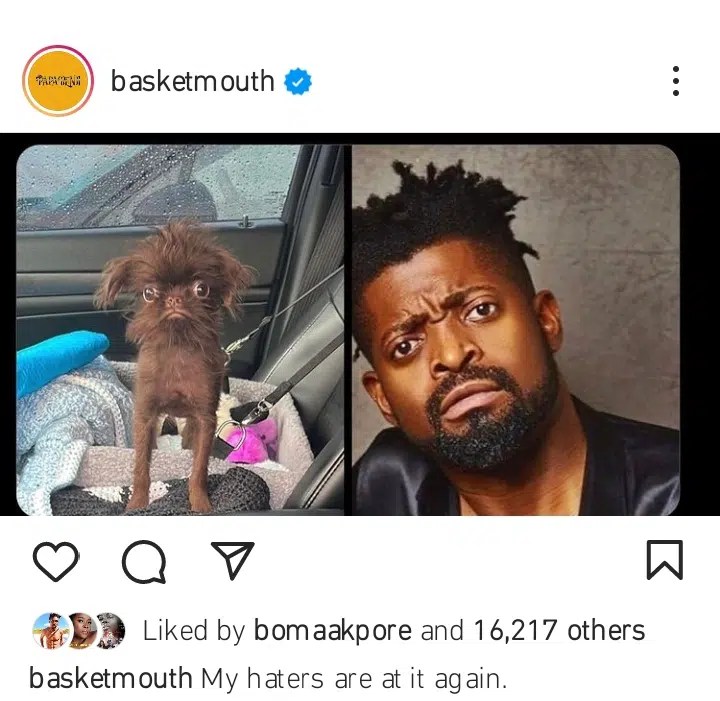 Meanwhile, Theresa, the manager of popular street sensation, Portable has confirmed the road crash involving an aide of the singer which led to the death of a bike rider.