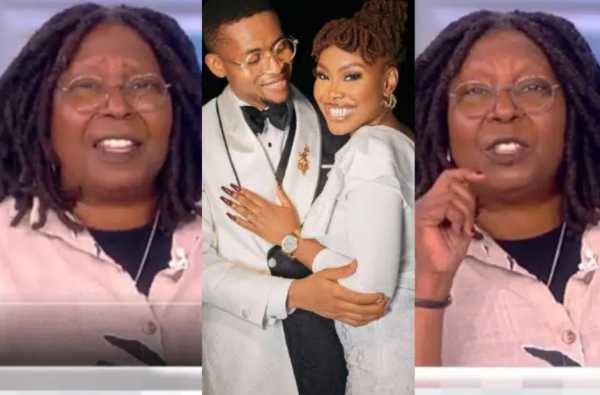 Popular relationship coach, Solomon Buchi who has been in the news for some days now has drawn the attention of American talk show, ‘The View’.

Buchi had stirred reactions after he said that his fiancee, Arike Adeola is not the most beautiful or intelligent woman but he finds perfection in her.

He had written: “You’re not the most beautiful woman; neither are you the most intelligent woman, but like I’ve chosen to never find perfection in anyone else. I put my gaze on you, and with that commitment, we would mold ourselves for ourselves. Our perfection is in our commitment.

“Stating that you’re not the most beautiful/intelligent might sound like it’s not a compliment, yeah? But it’s a realistic base for real love. Acknowledging that my woman isn’t the best, but I’m not looking for the best. I was looking for you and I found you. There’s no best, there is just someone you choose and see the best in them. This to me is the real love. Not the one that consoles itself in the faux reality that their partner is the most good looking, most intelligent, most successful person in the world. That’s disingenuous and doesn’t give room for love to thrive.

“I love you, ayanfe. I’m committed to you. I miss you so much!!! But my love for you is stronger than distance.”

Despite the backlash from his post, the relationship coach refused to retract his statement and insisted that he owes no one an apology.

However, some of the speakers on the American talk show seemed to understand his point of view.

Hollywood actress, Whoopi Goldberg who was among the speakers used the opportunity to give some relationship tips to his fiancee, Arike Adeola.