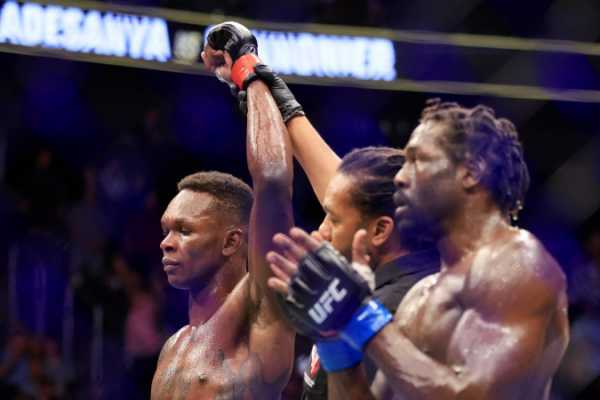 The fight which at certain times looked one-sided, ended in a unanimous decision with the judges scoring the bout 49-46, 49-46 and 50-45 for the Last Stylebender.

“He had an excellent game plan; it was really hard to get my follow-ups going, my second phases going,” Adesanya said after he was declared the winner.

The win is Adesanya’s 12th consecutive victory as a middleweight in the UFC, only one behind the record set by UFC legend Anderson Silva, as the Last Stylebender continues to cement his legacy as one of the greatest to ever step foot in the Octagon.

“No one like him,” said the WWE legend and actor Dwayne ‘The Rock’ Johnson.

After the bout in which he showed superiority against Cannonier, Adesanya called out Alex Pereira for his next title defence.

Pereira holds two wins over the Last Stylebender, albeit in kickboxing.

“The first time I told you it was an error on my part spamming the right hand,” Adesanya said, directing his comments to Pereira.

“That was in kickboxing. … Next time I punch you, you’ll be on skates and you’re gonna be frozen like Elsa. I’ll leave it at that.”

With his latest win, Adesanya remains unbeaten at 185 pounds in the UFC with a 12-0 record in the middleweight division.