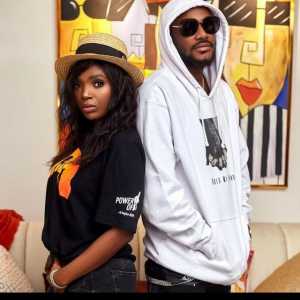 Annie Idibia, a producer and actress in Nollywood, has expressed her opinion in response to her husband 2face Idibia’s public apologies to her and his close friends.

After apologizing in public, Annie Idibia uploaded a video of them cuddling in which she expressed her love for him.

They don’t need the world to comprehend their love, Annie declared, and it isn’t for everyone.

She wrote: “Our love isn’t for everybody. They don’t need to understand it… It’s on us and us alone”.

He expressed his regret for the humiliation he had brought upon his wife, his children, his mother, and all of his relatives and management in yet another lengthy article.

He acknowledged that he had been a shitty spouse, father, and baby daddy, and he made no excuses for it.

In addition, 2face said he wants to go back to his default state, renounce his status as a role model, and make up for lost time.

Annie acknowledged his apology in the comment part of his post. She assured him that everything would be fine and promised to return shortly.

The star of the popular reality show Young Famous and Rich, Annie Idibia, confirmed her unwavering love for him while she is in South Africa filming Season 2.