Carter Efe, a well-known comic, has released some old photos of himself working as a tailor before becoming well-known.

The skit creator turned singer, who has been making waves recently as a result of his debut single, Machala, revealed that the song has genuinely changed his life.

Carter Efe, who is known for his intense affection for Wizkid and other legendary artists, released the song as a tribute to the singer.

The song has already begun to cause problems for him because it recently entered the Billboard charts.

Sharing throwback photos of himself working as a tailor to show how far he had come he wrote: “MACHALA CHANGED MY LIFE!❤️🦅”. 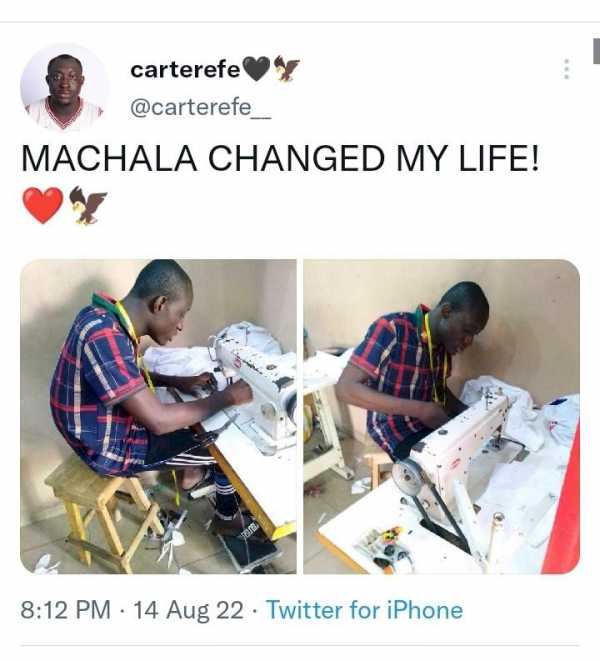