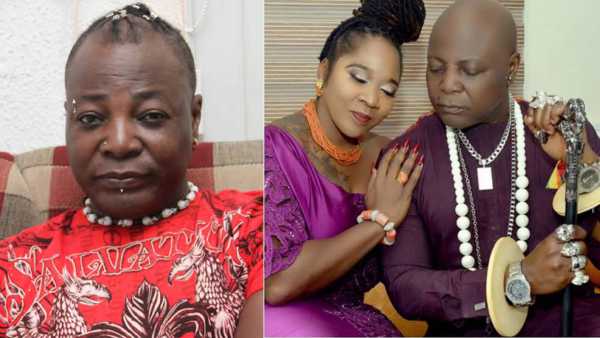 Charles Chukwuemeka Oputa, popularly known as Charly Boy, is a Nigerian singer, author, and social activist. He has since clarified a statement he made on his divorce from Diane.

According to earlier reports, Charlyboy had hinted at ending his marriage 45 years to Diane Oputa.

The outspoken musician used his Twitter account to express how tiresome his marriage had gotten. He provoked his followers’ reactions when he announced his return to singledom.

He defended his decision to get a divorce by saying that it became harder the longer he stayed because marriage isn’t easy.

Although he observed how his post had caused people to celebrate his failed marriage, Charly Boy later clarified that his marriage was still intact.

He said that he was merely communicating with his people.

Charly Boy wrote: “Because of dis my recent post. Some winche pple don begin speculate say my marriage don crash. Abegi ooooooo. I just dey talk to many pple wey think say marriage shouldn’t feel like work. Or it feels like work, we are doing it wrong. Lie”. 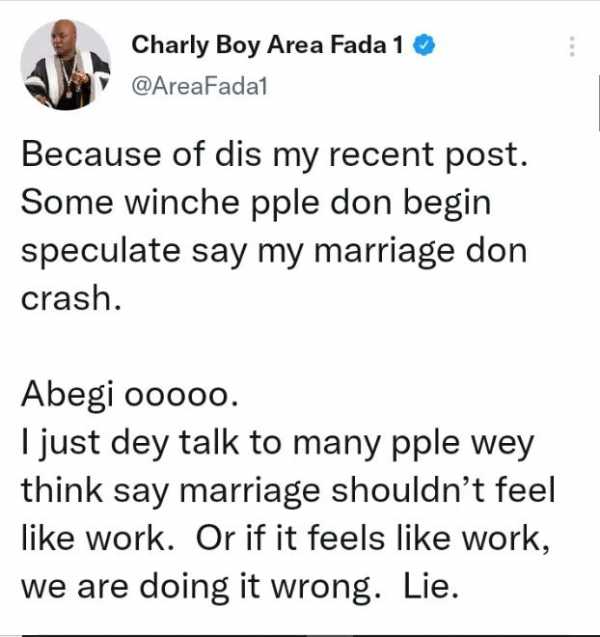