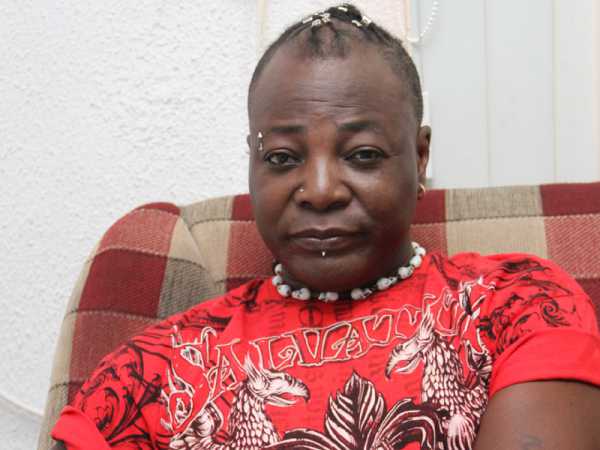 The veteran has been married to Diane Oputa for 45 years. He spoke on Twitter about how wearisome his marriage has becoming.

READ MORE: What I Will Do If Tinubu Or Atiku Wins 2023 Presidency – Charly Boy Speaks

Charly provocked his followers’ reactions as he announced his return to singledom.

He defended his decision to pursue a divorce by saying that because marriage isn’t simple, the longer he remains, the harder it gets.

He wrote: “My People, If I tell una say, after over 45yrs of marriage to my wife dat am going back to bachelorhood, what would you say? I don talk say marriage of a tin just no easy. The longer u stay, the harder it gets. What I should I do? I tire oooo”. 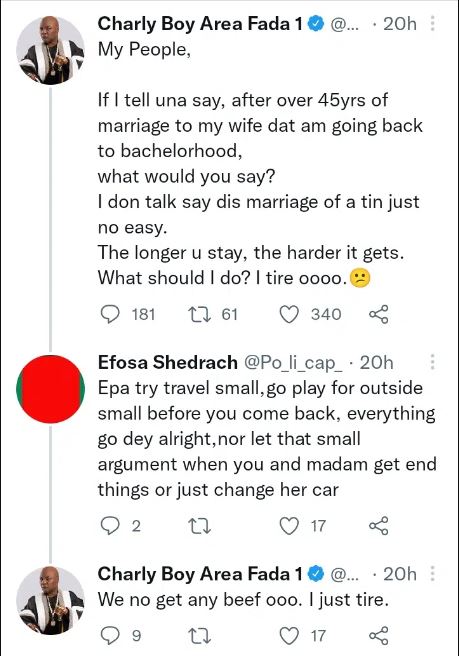