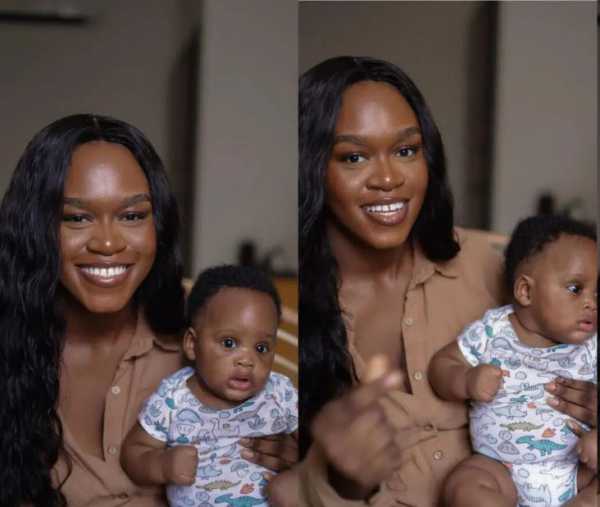 As she celebrates her adorable son’s fourth month, Maraji, a well-known Nigerian comedian, has many people gushing about him.

The stunning comedian, who had her first kid earlier this year, celebrates her son’s fourth month by posting adorable pictures of the two of them.

READ ALSO: Maraji Reveals She Underwent Hemorrhoid Surgery Early This Year And How She Got Pregnant

Maraji revealed her relationship with her kid by posting the photographs online and claiming they regularly communicate without one of them understanding the other’s language.

She wrote: “My oga is 4 months old today he is my bestie cus we talk to each other all day even tho we both don’t know what the other person is saying”.